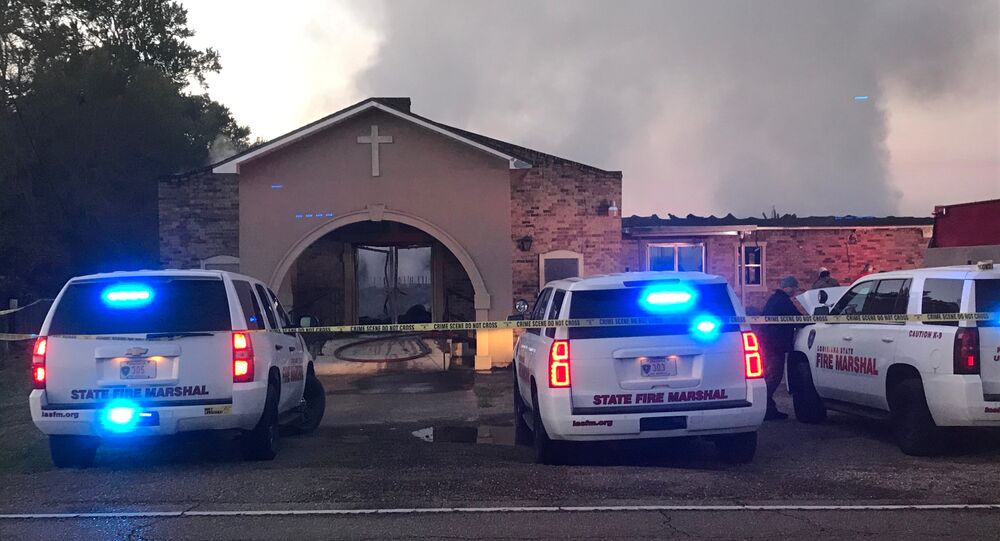 As federal agents team up with local officials to investigate a recent spate of suspicious fires at historically black churches in Louisiana, Derrick Johnson, president of the National Association for the Advancement of Colored People (NAACP), labeled the burnings acts of domestic terrorism.

Johnson, who also acts as the rights organization's CEO, said in a Monday statement that "the spike in church burnings in Southern states is a reflection of the emboldened racial rhetoric and tension spreading across the country."

"But this is nothing new. For decades, African-American churches have served as the epicenter of survival and a symbol of hope for many in the African-American community. As a consequence, these houses of faith have historically been the targets of violence. The NAACP stands vigilant to ensure that authorities conduct full investigations," he added.

Three fires have occurred in the Bayou State's St. Landry Parish, starting on March 26, when the first blaze was reported at the St. Mary Baptist Church. The following two were reported on April 2 and April 4 at the Greater Union Baptist Church and the Mount Pleasant Baptist Church, respectively.

Investigators have also identified another concerning incident that took place on March 31 in nearby Caddo Parish. Officials have stated that the blaze at the Vivian United Pentecostal Church caused a small amount of damage, and that it was intentionally set.

And then there's the suspicious fire that partially burned down the Highlander Education and Research Center in New Market, Tennessee, last week. Upon inspection, officials found a symbol linked to the white power movement spray-painted at the social justice center's parking lot, Sputnik previously reported.

"What is happening in Tennessee and Louisiana is domestic terrorism, and we must not turn a blind eye to any incident where people are targeted because of the color of their skin or their faith," Johnson said.

"That's why it's imperative that the citizens of this community be part of our effort to figure out what it is," he stressed.

At present, no arrests have been made in any of these cases.