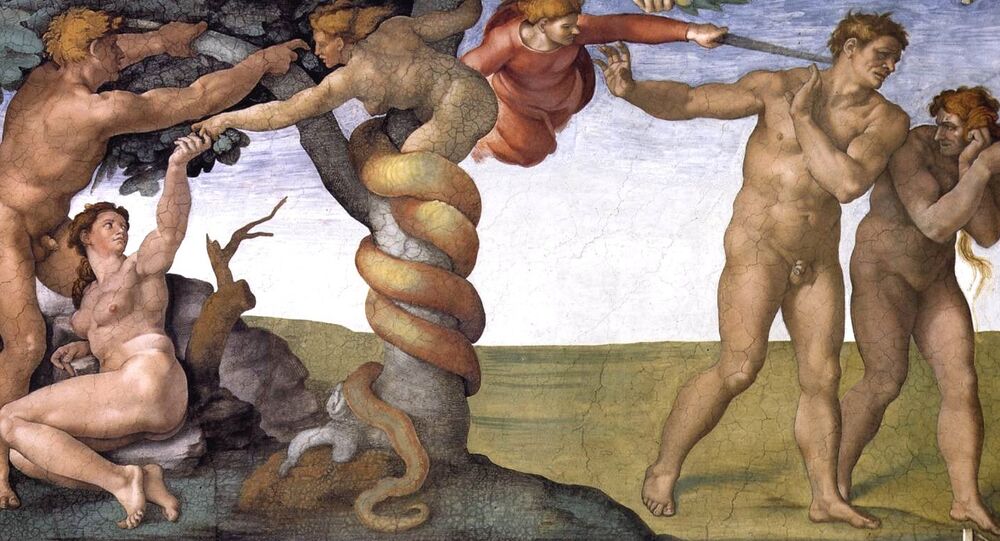 While some scholars focus their attention on Mesopotamia as the likely location of Eden, one archaeologist speculated that the biblical garden may be located in a different place, where Adam, the first man, was allegedly buried.

Archaeologists scouring the arid plains and hills of the Middle East in search of traces of past civilisations stumbled upon what might be the location of the fabled Garden of Eden, the biblical paradise from which Adam and Eve were expelled from by God, the Daily Express reports.

© AP Photo / Oded Balilty
Seal With BIBLICAL Name Uncovered in Jerusalem House Destroyed by Babylonians
According to the newspaper, the clues found in the Book of Genesis, which references the rivers of Tigris and Euphrates, led scholars to a site known as Gobekli Tepe, described by the National Geographic’s documentary “The Story of God With Morgan Freeman” as “the biblical location of Eden”.

"So we’ve had radiocarbon data and they’ve come back as 9,400 BC", Dr Lee Clare from the University of Cologne said when describing the contents of one of the site’s enclosures to the TV series. "There are two central pillars that stand in the middle of a round oval building and on the wall surrounding it, at regular intervals, we see smaller ’T’ pillars."

The archaeologist also hinted at the importance of the statues found there, speculating that "they could be the first Gods that people worshipped".

The documentary also notes that another archaeologist, Jodi Magness, has pinpointed another possible location of Eden, claiming that it was in Jerusalem where she believes Adam, the biblical first man, was buried.

"Well, the version of the story that ended up in the Book of Genesis seems to place the Garden of Eden somewhere in Mesopotamia. But I think Adam had a very special connection with Jerusalem", she explained. "The Garden of Eden, or Paradise, becomes conceptualised as the spot where the presence of God dwells. In early Judaism and the time of Jesus the presence of God dwelled in the temple, and hence why Jerusalem was conceived of as Eden [at that time]."