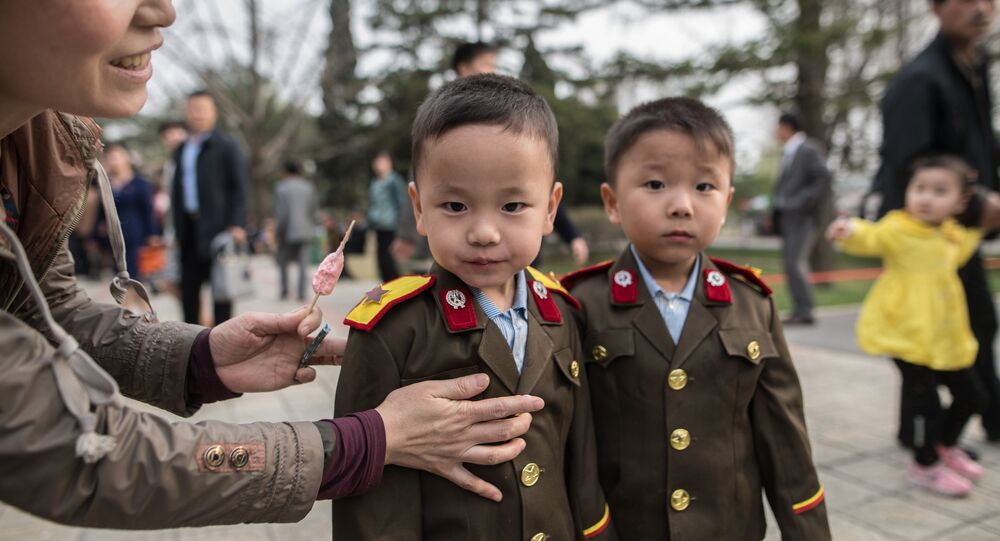 Twice the number of foreigners gathered in the North Korean capital of Pyongyang to participate in Sunday’s annual marathon, compared to last year.

The marathon, an annual tribute marking the 1912 birth of the founder of the People's democratic Republic of North Korea (DPRK), Kim II Sung, consists of hundreds of tourists running through the capital city while North Koreans cheer them on.

According to Koryo Tours, an independent Western travel company based in Beijing, around 950 foreigners competed in the event this year, compared to 450 last year, bringing participation numbers back to 2017 levels before the creation of a dramatic name-calling spat between US President Donald Trump and North Korean leader Kim Jong-un.

Last year, the US State Department issued a ban prohibiting US citizens from travelling to the DPRK after the death of a US student Otto Warmbier following his detention in the nation.

Warmbier had visited North Korea as a tourist in January 2016 and was detained on charges of stealing a propaganda poster from his hotel. He spent 15 months in prison before being returned to the US in June 2017 in a coma.

DPRK spokespersons claimed that the coma was a result of botulism, a disease usually caused by consuming rotten food or getting filth inside an open wound.

"Due to mounting concerns over the serious risk of arrest and long-term detention, the department will soon impose a travel restriction on all US nationals' use of a passport to travel in, through or to North Korea," Susan A.Thornton, acting assistant secretary of the Bureau of East Asian and Pacific Affairs of the US State Department, said in July 25, 2017, a statement.

Under the ban, US citizens who wish to travel to North Korea are required to obtain special passport validation from the State Department.

"You could plot a graph in this direct relationship," he added.

Angel Arnaudov, a 34-year-old engineer from Macedonia, told the Japan Times that he decided to participate in the marathon in Pyongyang after completing more than 30 marathons in multiple cities including Tokyo, New York and Copenhagen.

© Sputnik
The 'War Party' and the Path Forward with North Korea

"I want to experience the life in North Korea myself and see if it is like they say on TV or different," he told the outlet.

"I keep coming back because I love to see the smiles on the children's faces," third-time participant Jasmine Barrett told the outlet.

"I'd definitely recommend it to others because it's a great way to see the city and the people who live there," she added.

According to Koryo Tours general manager Simon Cockerell, however, tourists visiting North Korea must observe proper conduct while in the country.

"This is vital when visiting North Korea and anyone wanting to travel shouldn't go without a briefing," Cockerell told the Japan Times.