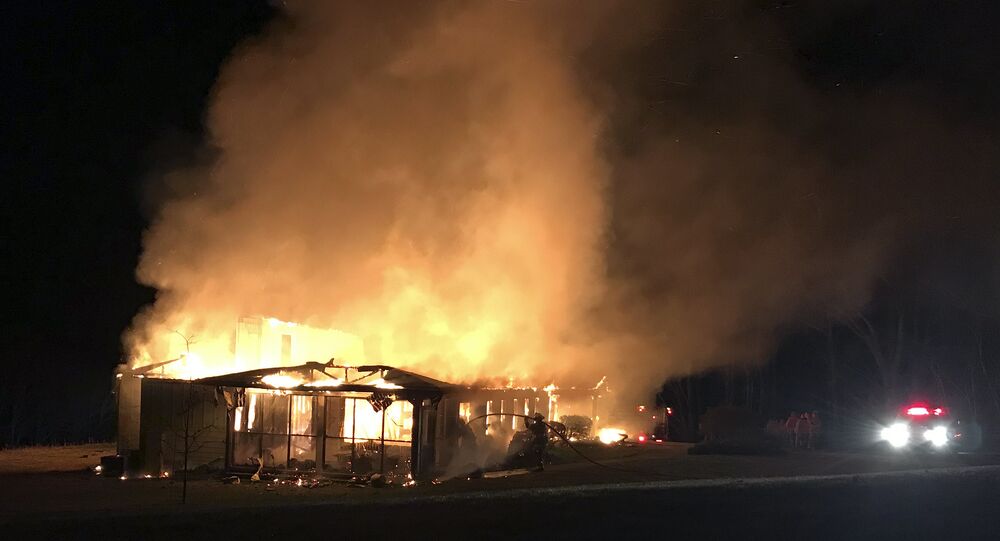 A symbol connected to white nationalism was spray-painted on the parking lot outside of a Tennessee social justice center that partially burned down last Friday.

"As most of you know, a devastating fire burned down our main office early Friday morning. Thankfully no one was inside the building and no one was injured," the Highlander Center, which has hosted civil rights leaders including Martin Luther King Jr., Rosa Parks, Ralph Abernathy and Peter Seeger, wrote in a Facebook post Tuesday.

​According to the Jefferson County Sheriff's Office, the symbol found in the parking lot is that of the Iron Guard, also known as the Legion of the Archangel Michael, a far-right, anti-Semitic movement and political party in Romania in the 1930s.

"Right-wing extremists in Europe and some in the United States have occasionally used that symbol, including in Tennessee," Mark Pitcavage, a senior research fellow with the Anti-Defamation League's Center on Extremism, recently told Knox News. "The symbol was also one of the symbols that the Christchurch shooter painted on one of his firearms."

The Jefferson County Sheriff's Office is currently working with state bomb and arson agents to determine what caused the fire.

"We are investigating a symbol that was painted in the parking area of the office to see if it has any affiliation to any individual or group," the sheriff's office also added.

The fire destroyed the center's main building, which contained numerous historical documents, speeches and memorabilia from important movements during the decades since the center's founding in 1932, including the Civil Rights Movement of the 1950s and ‘60s. There was no one inside the structure at the time of the fire, and no one was injured by it.

Why There's No Stopping White Supremacy

Mass Migration, White Supremacy and The Sanctimony of Liberal America