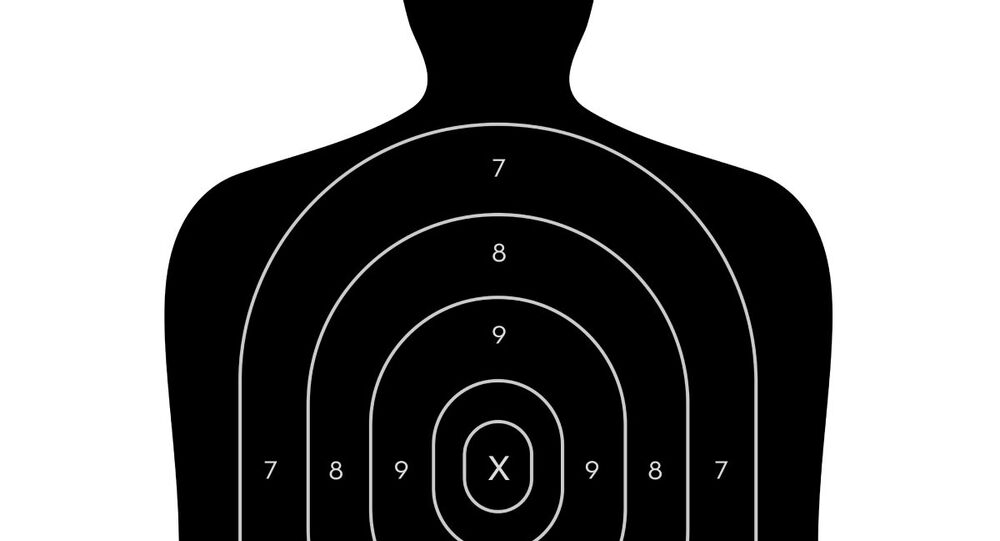 US Men Take Turns Shooting Each Other While Trading Bulletproof Vest

Two Arkansas men were arrested on felony charges after a night of drinking somehow led to each taking a turn wearing a bulletproof vest while the other took aim with a semi-automatic rifle.

Charles Eugene Ferris and Christopher Hicks were arrested Monday on aggravated assault charges after conflicting accounts of an exchange of gunfire poked holes in their attempted cover-up story.

Investigating the shooting incident that put Ferris in Mercy Hospital, a Benton County officer was allegedly told by the 50-year-old that he was shot five times in the back and once in the chest while protecting an individual he referred to as an "asset."

According to the affidavit, the individual paid Ferris $200 to follow him into the Hobbs State Park woods to meet a man. Ferris went on to claim it was then that he sustained six wounds, but was able to return fire before driving off with his "asset," who would later drop him off at the hospital.

The 50-year-old's story might have been believable, too, if it was not for his honest wife, Leslie.

In questioning Leslie, deputies learned her husband sustained the injuries as a result of something much, much less extravagant. The truth is, Ferris and his 36-year-old neighbor Hicks had spent the entire night "deck drinking."

For some reason, Ferris was wearing a "bullet-resistant" vest as they glugged down their libations. As the night progressed, the 50-year-old told Hicks to shoot him in an assumed effort to show off the vest's durability.

Despite being several brews in, Hicks obliged and shot Ferris once in the chest with a.22-caliber semi-automatic rifle. The bullet didn't penetrate the vest, but Ferris was still left with a painful mark on his chest.

According to the affidavit, Ferris then became irate and wanted revenge for the injury left at his own request. Now donning the garment himself, Hicks was in for a shock when his neighbor unloaded the remaining five rounds in the clip into the back of the vest.

Not one of the five shots penetrated the vest.

© CC0
'Can't Fix Stupid': US Man Shoots Himself After Throwing Gun at Cockroach

While Ferris' wife urged him to go to hospital and Hicks returned home, both would soon be arrested by authorities early the next day. Deputies also seized Ferris' rifle and vest.

The patient-turned-prisoner would later recant his story to deputies, claiming that he fabricated the series of events to prevent Hicks from getting in trouble.

It's unclear if Ferris will be charged for lying to authorities. Both men's arraignments are slated for May 13 in Benton County Circuit Court.

US Fast Food Manager Shoots, Kills Drive-Thru Customer Who Spat on Her

‘He Has a Gun!': McDonald's Customer Pulls Firearm on Muslim Teens (VIDEOS)