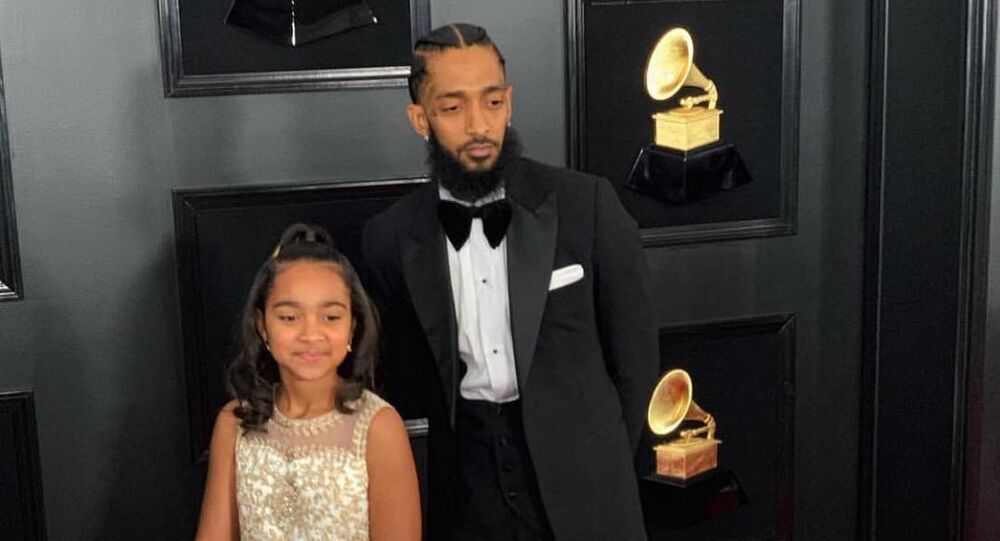 The incident happened moments after Hussle, whose real name was Ermias Ashgedom, tweeted "Having strong enemies is a blessing."

Having strong enemies is a blessing.

LAPD confirmed that there shots fired in the area of Slauson Ave and Crenshaw Blvd, noting that "3 victims were transported to a local hospital where one was pronounced deceased."

At approximately 3:20 pm there was a shooting reported in the area of Slauson Ave and Crenshaw Blvd. 3 victims were transported to a local hospital where one was pronounced deceased. We have no suspect info at this time and will provide more details as they become available.

An LAPD spokesman did not confirm the deceased's name, noting that the shooter is still at large, AFP reported.

​Nipsey Hussle was nominated for a Grammy for Best Rap Album in 2018 following the release of his first studio album "Victory Lap". Hussle worked with such huge names in the rap industry as Drake, 50 Cent, Kendrick Lamar, Young Thug, Snoop Dogg,Chamillionaire and many others, according to TMZ.

Following the shooting death of the rapper, fans and performers tweeted their best wishes and extended condolences.

Bless up @nipseyhussle nothing but luv
FATHER OF ASAHD MAY 17 pic.twitter.com/bZAUzHuPqq