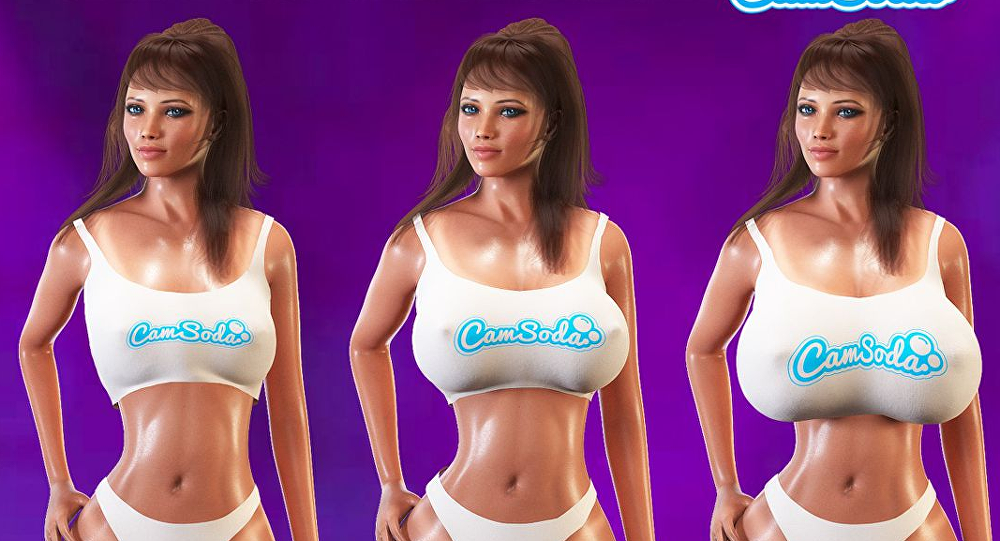 "Camoji," a XXX-rated, 3D, customizable avatar system, borrows its framework from the recently popular and interactive emoji spin-offs "Memoji" and "Animoji," the latter of which allows iOS users to voice and "become" an animal of their choosing.

"Given the popularity of Animoji, and now Memoji, which allow for people to create an avatar that looks just like them, we wanted to introduce a sexy alternative with a twist," CamSoda VP Daryn Parker revealed in a company press release.

However, instead of picking stripes or deciding whether to be a regular horse or unicorn, users have a wide range of customization tools at their disposal when creating their "sexy alternative."

Hair type, skin tone, breast cup size, butt volume, and overall "thickness" are all available for customization prior to a virtual performer's debut.

According to the adult site's saucy advertisement, Camoji will "begin using face tracking technology and motion capture technology" in the near future, allowing viewers to feel more in-tune with the performer's actions behind the screen.

While Parker's statement teases the "next-door" idea of an "everyday mother of three" potentially finding a way to make money without exposing her own actual body, the anonymous accessibility also means you could be sending tips and giving lewd commands to a 58-year-old man who set up shop in his mother's basement.

Being that CamSoda's models receive payment based off their show's popularity, tips, and a few other factors, those choosing to go the avatar route to rake in cash better have a good microphone and more than a few clicks up their sleeve!