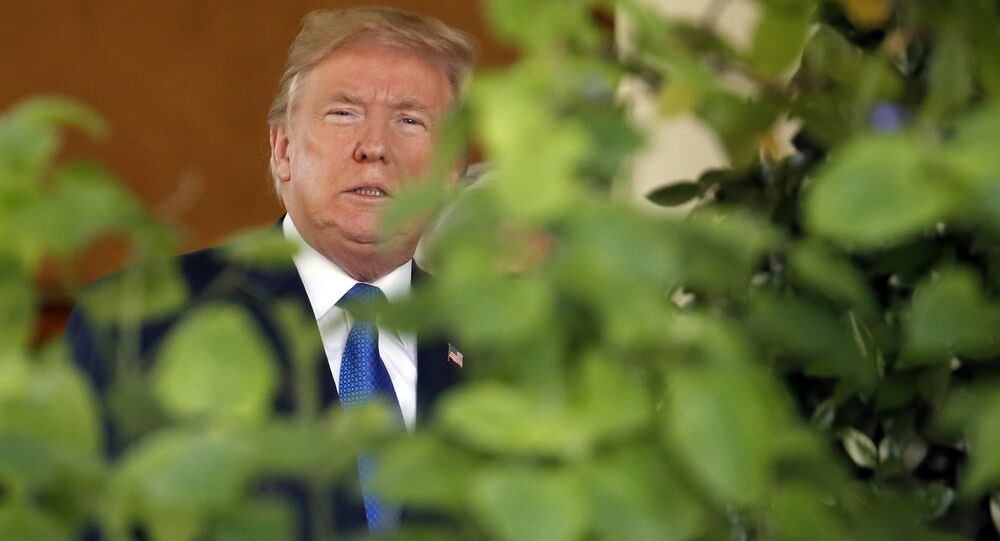 © CC0
Mueller Report: 'US Forced Europe to Follow Through on Russiagate Sanctions Without Proof'
US Special Counsel Robert Mueller's extensive probe into the 2016 US presidential election is wrapping up even as a long list of ongoing litigation and investigation into the financial and business doings, as well as the behaviour and actions, of Trump and his family looms, according to multiple reports.

© REUTERS / Joshua Roberts
Trump's 'Daesh Defeat Map' Gets Mocked, Becomes an Internet Hit
A lawyer for Trump claimed in December 2018 that the president had no dealings with or connection to his inaugural committee.