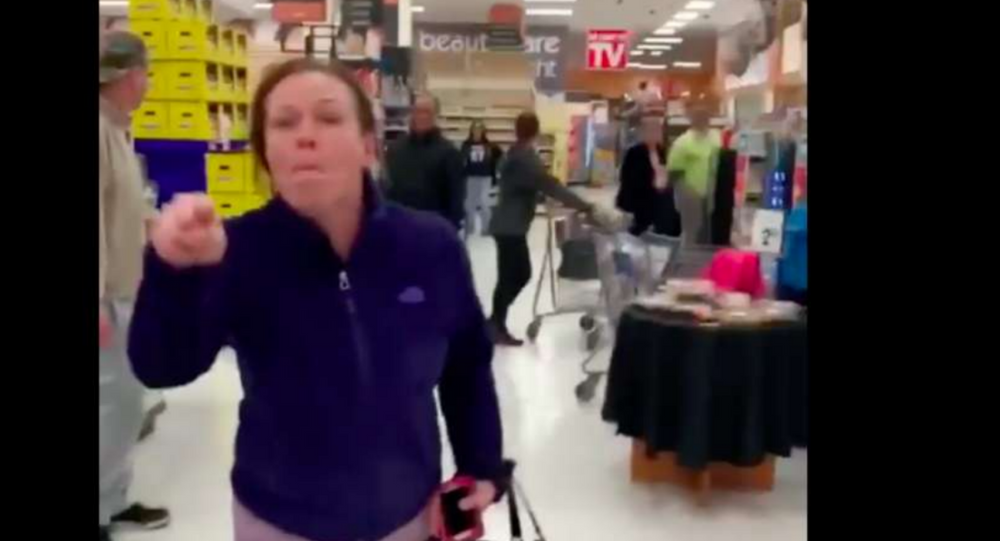 A New Haven, Connecticut, school employee resigned after a video of her calling a black man a “n****r” in a grocery store went viral on Facebook, drawing thousands of views.

In the video, recorded by a bystander, a woman identified as Hamden Public Schools employee Corrine Terrone, is heard yelling the n-word three times at a black man before spitting at him and a black woman in a ShopRite in East Haven in New Haven County, Connecticut. According to the school district's website, Terrone was a clerk for Hamden Public Schools.

The video captures part of the altercation, in which the man walks toward Terrone after she calls him a "n****r." Terrone yells, "Put your hands on me, come on!" while taking out her phone to begin recording as the man rushes toward her.

Terrone's next-door neighbor, who viewed the video after it was uploaded on Facebook by user Tatiana Winn, told The Register Citizen that he has been living next to Terrone for more than eight years, and his grandchildren often play with her kids.

"She's in a bad situation… She's always been the sweetest woman in the world," the man, who spoke on the condition of anonymity, said.

Following the incident, East Haven police released a statement that the department is "in touch with ShopRite" and is "looking to get a better understanding of what took place [Friday] night."

According to East Haven Police Lt. Joseph Murgo, Terrone could face a minimum "disturbing the peace" charge or an assault charge, since spitting was involved, The Register Citizen reported.

"We have a lot of avenues to go down if somebody were to reach out to us. We want somebody to come forward… if they were present [Friday] night," Murgo said, urging eyewitnesses to contact officials.

The Hamden School District also released a statement on its website following the incident.

"We have become aware of video footage that appears to show an employee in our district engaged in abhorrent conduct. Specifically, the video appears to show the employee repeatedly calling an African-American man the N-word in a supermarket in East Haven."

"The video also appears to show the Hamden employee spitting at the aforementioned African-American male as he was walking away from the employee. It also appears that the employee's children witnessed her conduct. Because her children were present, school administrators filed a DCF [Department of Child & Families] report," the statement adds.

In addition, the statement notes that the district's human resources director arranged a meeting the Terrone following the incident, during which "the employee rendered her resignation immediately."

"The language the employee used in the video is in conflict with the values of the Hamden Public School System. Someone who will use that sort of language in any setting, whether public or private, is not someone we want anywhere near our children. The employee is separated from service, and we hope that her children will receive the support they need after witnessing such a traumatic event," the statement added.

In a statement released Saturday, State Sen. George Logan (R-Ansonia) referred to the footage as "disgusting."

"Shocking. Disturbing. Disgusting. This video made me sick to my stomach. As a community, we must condemn these actions in the strongest of terms," Logan said. "We will never tolerate hate speech. Anyone who knows witnesses of this ugly incident should contact East Haven police immediately.