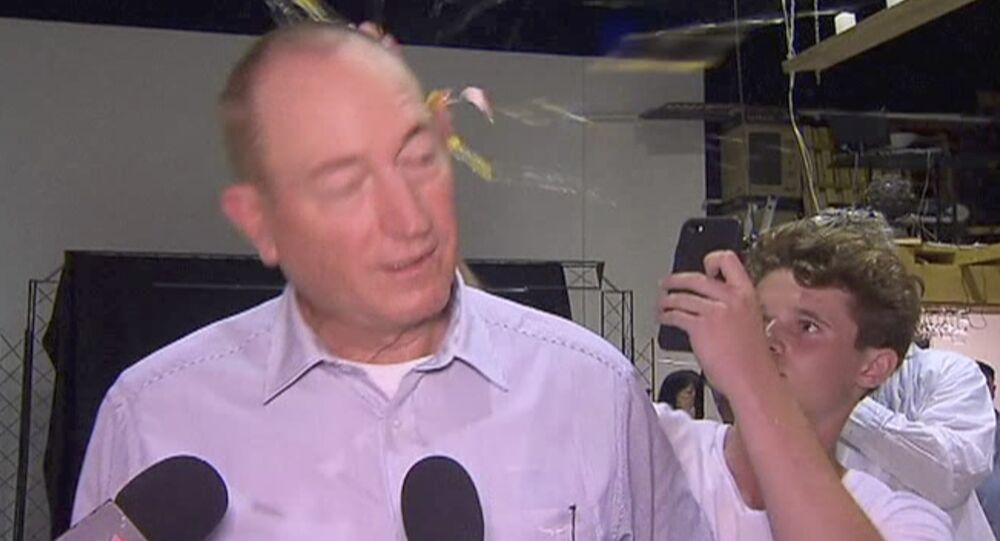 The Australian government announced that it will censure a right-wing Queensland senator whose ‘ugly’ and ‘appalling’ remarks drew widespread criticism around the country and the world.

© AP Photo / John Bazemore
White Supremacist Terrorism ‘Propagated Online’ Rises in the US
In suggesting that churchgoers who were the victims of a deadly terrorist attack in Christchurch, New Zealand, on Friday were themselves at fault for being murdered in cold blood, Australian Senator Fraser Anning will be officially censured for his words and actions, according to the BBC

The prime minister of Australia, Scott Morrison, on Saturday announced that his administration would censure Anning following his "appalling" assertions, after 50 people worshiping in a mosque were killed and another 48 injured in a terrorist shooting attack at the hands of an avowed white supremacist in southern New Zealand.

Queensland politician Anning had tweeted after the massacre: "Does anyone still dispute the link between Muslim immigration and violence?" cited by Apnews.com.

Although the white nationalist lawmaker later declared that he did not support the horrific killings, he nonetheless took the opportunity to double down on his remarks, claiming that "the real cause of the bloodshed" was "the immigration program which allowed Muslim fanatics to migrate to New Zealand in the first place," cited by Nytimes.com.

Canberra, as well as the rest of the world, was quick to denounce Anning's statements, particularly the nation's prime minister, who stated that Anning's "views have no place in Australia," cited by the Washington Post.

"I would normally not want to give this any oxygen, but I want to absolutely and completely denounce the statements made by Senator Anning […] in his attack on Islamic faith specifically," Morrison said, cited by Abcnews.com.

© AP Photo / Mark Baker
NZ Media Reveal Tarrant EU Trip Details, Allege Link to Christchurch Massacre
"These comments are appalling and they're ugly, and they have no place in Australia […] let alone the Australian Parliament," the prime minister added.

The Queensland lawmaker's remarks earned him a public egging at the hands of a teenage boy who was subsequently beaten by Anning supporters.

A GoFundMe page was created to cover the teen's legal fees — if any, as he was quickly released by police following a promise to not repeat his celebrated action — and buy more eggs to throw at Anning. The online charity raised over $2,215 in a matter of hours, according to Deutsche Welle.

Anning has also increasingly found himself being verbally assaulted in public by those who find his views repugnant, according to a previous Sputnik News report.