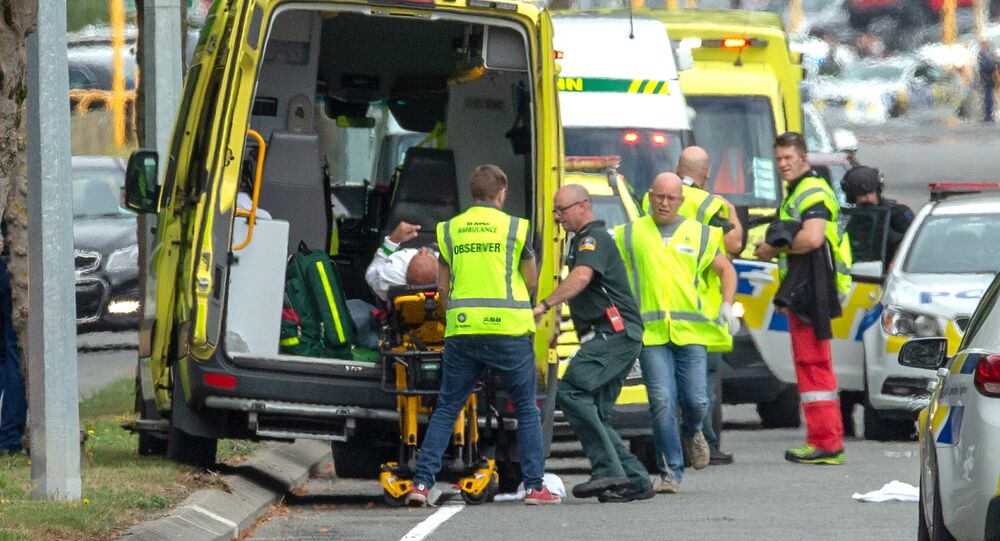 The members of Bangladesh’s cricket team were at the most 50 yards away from the Christchurch terrorist shooting and narrowly missed being shot and killed.

According to reports, the team members were on their way to the Masjid Al Noor Mosque to pray prior to their widely-publicized game against the New Zealand team. As they readied to disembark their bus and enter a mosque, a woman warned them that a shooting was taking place inside the mosque.

​"We were very close, we could see the mosque. We were maximum 50 yards away," cricket player Khaled Mashud told reporters in Christchurch, the South China Morning Post (SCMP) reported.

"If we were there three to four minutes earlier, we would have been in the mosque, a massive thing might have happened," he added.

"We are very lucky."

​"It looked like a video, what we usually see in a movie. From the bus we saw bloodied people coming out of the mosque. We were in the bus about eight to 10 minutes. We kept our heads down in the bus, in case of any firing. Later we realized terrorists could come out and attack us, they would get then the lot of us in the bus, […] we all decided to leave the bus," Mashud said.

"Allah save[d] us today while shooting in Christchurch in the mosque […] we [are] extremely lucky […] never want to see this things happen again," team captain Mushfiqur Rahim tweeted.

​The team had been scheduled to play a match against New Zealand on Saturday at the Hagley Oval Cricket Ground, close to the Masjid Al Noor Mosque. The game was quickly canceled.

On Friday, a 28-year-old white supremacist man opened fired at two New Zealand mosques. At least 50 people have been confirmed killed as a result of the terror attacks at three locations in the east coast city of Christchurch.

Australian Prime Minister Scott Morrison revealed that the shooter in the Christchurch mosque attacks was an Australian citizen, describing the suspect as an "extremist, right-wing, violent terrorist." According to New Zealand police, three men and one woman are also in custody following the shootings.