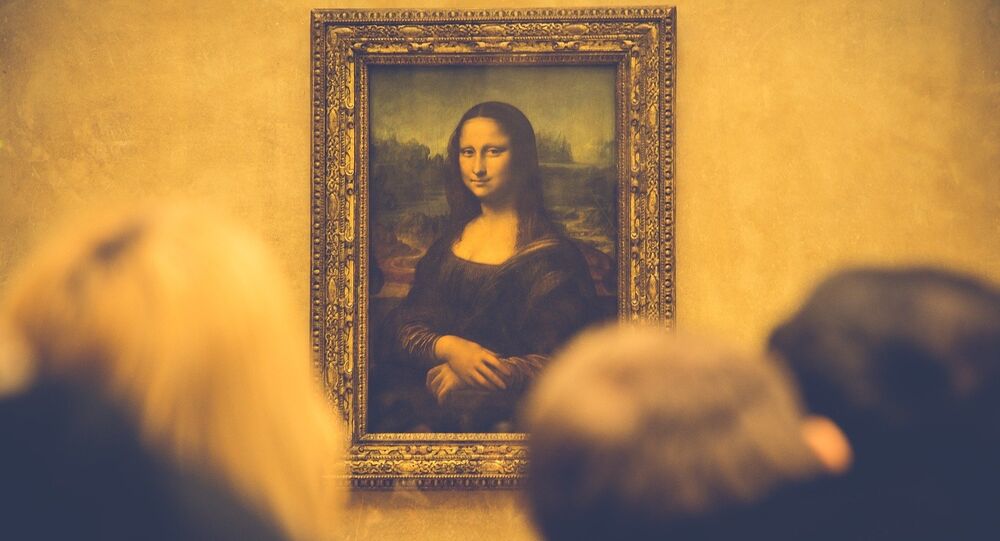 The world's most famous painting presently sits in the Louvre museum in Paris, but where would some nationalistic Italians like to see it? Why, in Da Vinci's Milan, of course!

"I announce that we're working with the French ambassador to take back the ‘Mona Lisa,'" Salvini said at a press conference to announce events commemorating 500 years since the death of da Vinci, who perished in France in 1519, AFP reported.

"It would be more convenient for everyone who wants to see her up close," Salvini said, quickly clarifying that he was joking, because "we don't need more international crises."

"As long as she is in Paris, that will take a bit longer," he said.

Da Vinci was born in 1452 in the Italian city of Florence, then an independent republic ruled by the Medici merchant family, but he spent much of his adult life in Milan in the employ of the Sforza family, where he painted some of his most famous works, including the "Mona Lisa." He died on May 2, 1519, and Salvini has said he will visit another of da Vinci's masterpieces, the "Last Supper" fresco in Milan, before that date.

Italy and France have had disputes this year about which paintings should be sent on tours commemorating da Vinci's life, AFP noted.

While the issue of ownership of the portrait, an early example of oil painting, is unlikely to truly sour Rome's relations with Paris, the train ride there might. A proposed high-speed rail line between Lyon and Turin that would link France and Italy's networks across the Alps has become a subject of contention that pales only when compared to the vicious barbs traded by Salvini and French President Emmanuel Macron, whom Salvini called a "very bad president" that the French people should get rid of, the New York Times reported last month.

Salvini particularly faulted Macron for how France has dealt with the question of migrants crossing its borders, which it has all but closed since 2015. February's exchange saw Paris withdrawing its envoy to Rome, something not done since Benito Mussolini's fascist regime declared war on France in 1940.

Of course, if Salvini doesn't think he'll feel welcome in Paris, he could always visit Toronto, Canada, where an artist with nothing but a shovel made a "Snowna Lisa" in the fallen white powder last month. But he'd better hurry before the spring thaw!