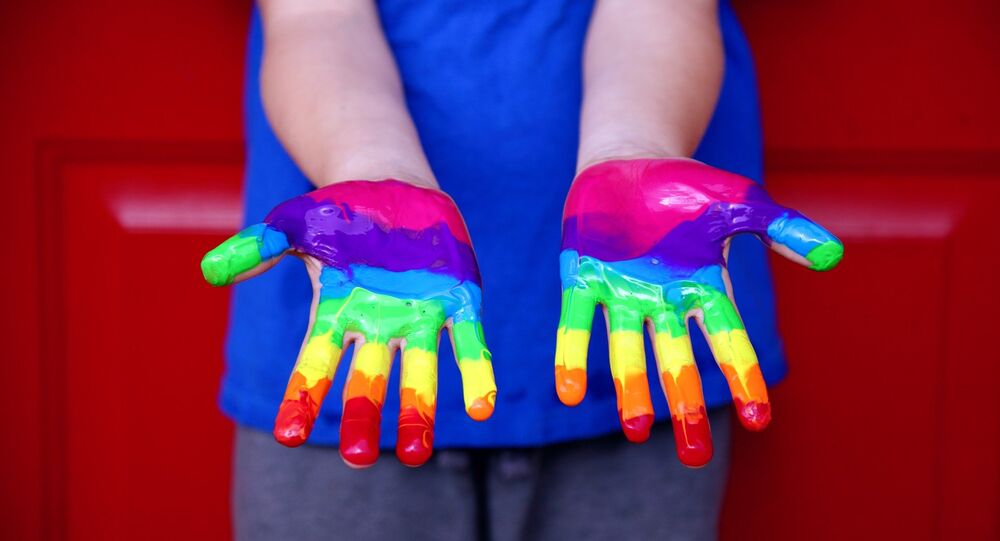 A move by hundreds of parents in Birmingham, who objected to a curriculum featuring lessons about LGBT lifestyles, stirred vigorous discussion on social media.

Reactions poured in, following a mass protest by parents and their children at Parkfield Community School, where the 'No Outsiders' programme created to teach pupils about the Equality Act and British values.

A conflicting view, praising the effort to teach students about LGBT equality, has also surfaced online.

Some parents said that Parkfield Community School was brainwashing their kids about gay rights, others — from the Alum Community Rock Forum — complained that the educators were "undermining parental rights and aggressively promoting homosexuality."

After their efforts to remove the ‘No Outsiders' programme from the curriculum failed, the parents took their 600 primary pupils (about 80% of the entire enrolment) from the school.

One parent has reportedly said that his 6-year-old daughter was asking him and his wife questions they "did not know how to answer" and argued "she is too young" for lessons on gay rights.

"A family who live near me have already returned to Pakistan because of it," the parent said.

The teacher behind the scheme, assistant head Andrew Moffat, was awarded an MBE in 2017 for his outstanding services to equality and diversity in education. While the parents are unhappy about the LGBT lifestyle lessons, offered by Mr. Moffat, Parkfield Community School argued that it is "essential that pupils are prepared for life in modern Britain."

"The weekly protests are upsetting for all, disrupt the normal routines of the school and will have an overall effect on the educational achievement and well-being of your children. We therefore appeal to you to stop the weekly protests," the school's trustee board said in a letter sent to parents.

Birmingham is Britain's second-largest city, with a large Muslim population, considered to be one of the most diverse after London.

Madrassa Tells Girls to Have Babies, Not Careers, Sparking Fury at UK Academy

'This is Not Cultural Issue, This is Issue of Abuse' - Forced Marriage Survivor