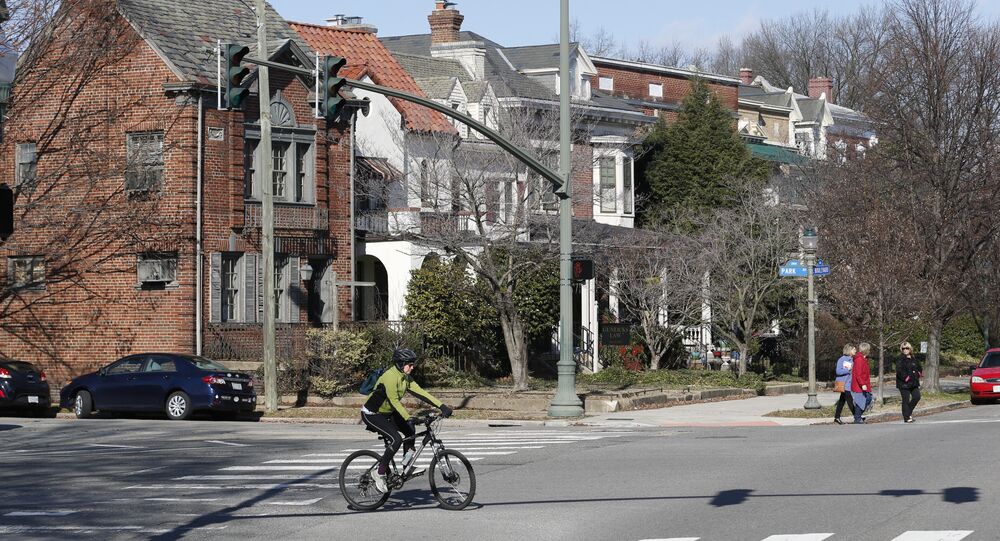 Pedestrian fatalities have risen sharply in US cities including Washington DC, New York and Los Angeles as urban residents are encouraged to walk and bike for health.

Pedestrian and bicyclist deaths increased by a startling 20 percent in Washington DC between 2017-2018, according to a 2018 report by the National Highway Traffic Safety Administration. In New York, pedestrian deaths increased from 107 in 2017, to 114 last year, the New York Time reports, while Los Angeles has experienced an astonishing 82-percent increase in pedestrian deaths between 2015-2018, according to the LA Times.

Across the US, cyclist deaths have increased by 25 percent since 2010, while pedestrian deaths have skyrocketed by 45 percent, the US Department of Transportation's Federal Highway Administration reports.

Some 55,000 Americans were killed in traffic accidents annually in the 1970s but that number had dropped to about 40,000 by 2017, likely due to safer vehicles and new laws.

A 2018 World Health Organization report, titled the "Global status report on road safety," revealed that road traffic injuries are the leading cause of death for people between the ages of five and 29.

"Strengthening legislation to mitigate key risk factors is recognized by the majority of governments as an important strategy to improve road safety," WHO says in its report.

"There is an urgent need for governments to scale up their road safety efforts in order to live up to their commitments made in the Sustainable Development Agenda 2030. The upcoming Third Global Ministerial Conference on Road Safety in Sweden in February 2020 will be a key opportunity to take a strategic view and set a road safety agenda for the next decade, including setting a new global target on fatalities," the report adds.

In many cities, bike lanes and pedestrian zones are too small. In addition, vehicle drivers often drive too fast to notice pedestrians and bicyclists. According to the US Department of Transportation National Highway Traffic Safety Administration, a vehicle hitting a pedestrian at 36-45 mph is four times more likely to kill a person than a vehicle traveling between 26-30 miles per hour.

According to the Royal Society for the Prevention of Accidents, a British charity that aims to save lives and prevent life-changing injuries, pedestrian accidents can be avoided by reducing the height of vehicle bumpers and decreasing traffic speeds.

"One of the most effective ways of improving pedestrian safety is reducing vehicle speeds. Even at a relatively low impact speeds, pedestrians receive more severe injuries than many other road user groups because their only protection is often their clothes," the UK charity wrote in a 2018 policy paper.

"Speed determines the severity of injuries, because, at lower speeds, drivers have more time to react and avoid collisions. Several engineering measures can reduce vehicle speed and prevent pedestrian collisions. Measures include 20mph zones, limits, and traffic calming measures such as speed humps and chicanes, and safe crossings," the paper added.