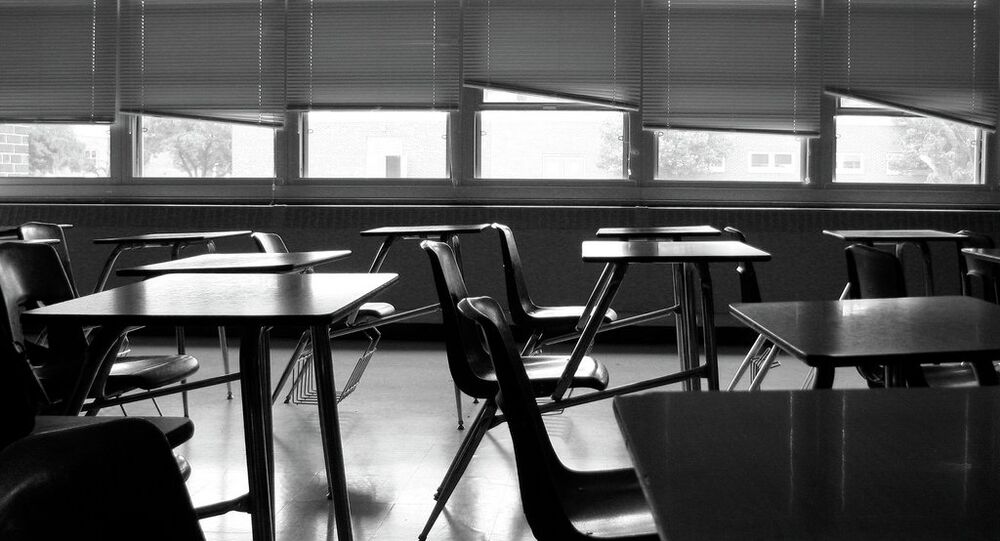 Students and administrators at the University of Tennessee, Knoxville, have continued to condemn the behavior exhibited in a recently surfaced Snapchat post, which showed two pupils in blackface.

The photo, which was widely shared on Twitter on Thursday, shows four individuals who are thought to be students at the university, two of whom are using charcoal cleansing masks to pose in blackface.

The post also contains the caption, "We for racial equality boys. Bout to get this free college now that I'm black let's gooooo #blacklivesmatter."

​Twitter user Jas, who is a student at the university, explained in a series of posts that they opted to share the picture with netizens because it "hit an emotion spot," adding that it "really hurts because I did not think that people would not only belittle a race and what they stand for, but also degrade the earnings of hardworking people because of the complexion of their skin."

"And what's even crazier is that my Caucasian friends basically told me to silence my thoughts about it because they did not want their friend to be mad at them," the post continued.

It wasn't long before people began reacting, eventually tapping their inner Sherlock Holmes to figure out the identities of the photographed individuals.

​The students were identified by netizens as Cheyan Gregory, George Morency, Blake Hensley and Ethan Kelly, who, under the since-deleted Twitter handle @EthanFeick, reached out to Jas to apologize.

"I just want to let you know that I am so beyond sorry for the Snapchat picture," Kelly wrote. "We were putting on charcoal face masks to help with acne, and I decided to write a joke that was certainly not funny in the least."

"It was immature, and it doesn't reflect my true personality and I am so, so sorry," he added. The message later addressed the public, stating that he hopes anyone else that's been offended by the photo is able to forgive him.

Kelly wasn't the only one to reach out to Jas.

"I saw the post you made abt [sic] the racist Snapchat post, and I would just want to say that I wasn't aware the guy in who made the post made a racist comment with it," Gregory wrote to Jas. "I just want to apologize, I respect struggle and I didn't grow up with much either so him making those comments is ridiculous."

"I literally thought he was just taking a picture of his face mask," she stressed.

Within a matter of hours, school officials were alerted to the photo, prompting them to release a statement on incident.

"The image is repulsive and the caption abhorrent. The racism displayed in this image does not represent the behavior we expect of students or our Volunteer values," the release reads. "The Bias Education Response Team — in collaboration with the Office of the Dean of Students — has been made aware of the situation and the university is determining how to handle this incident."

Additionally, the University of Tennessee, Knoxville chapter of the NAACP released its own remarks on the Snapchat post, pointing out that despite its efforts to promote "culture competency… regarding diversity," more work has to be done.

The university's Vice Chancellor for Student Life Vince Carilli, Interim Chancellor Wayne Davis and the executive leadership of the school are expected to meet with students March 4 to discuss the incident at length, KNOX News reported.

University students will reportedly be participating in a protest against racism on campus on March 5, a Friday Twitter post from Jas suggests.

The latest case involving blackface comes several days after two US Marines were outed on Twitter for a similar offensive social media post. Both are currently under investigation.