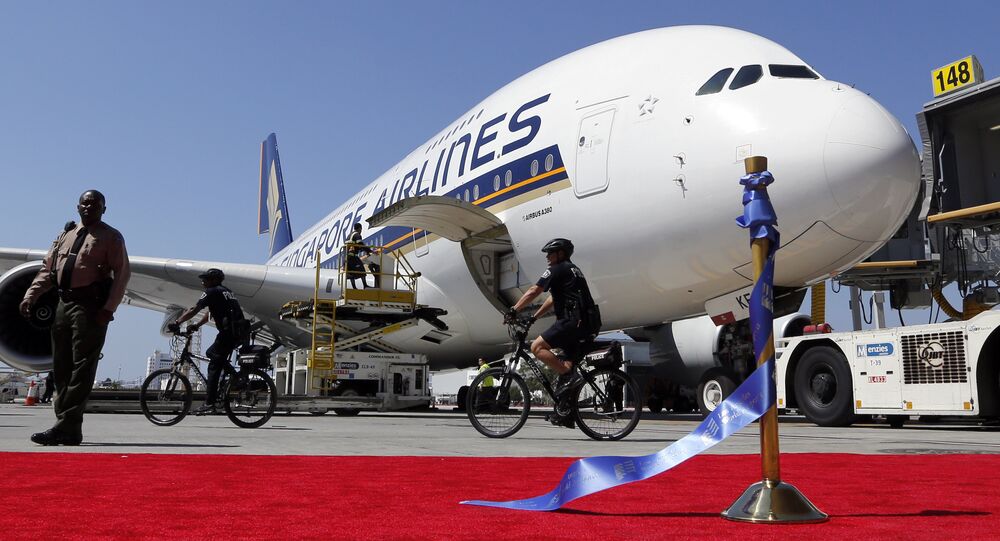 On Wednesday, Singapore Airlines launched an investigation after a passenger on one of its flights claimed he found a human tooth in his airplane meal.

"Singapore Airlines is aware that a customer travelling on flight SQ248 from Wellington [Australia] to Melbourne on Tuesday, Feb 26, found what appeared to be a foreign object in their meal," a Singapore Airlines spokesperson told Channel News Asia.

According to passenger Bradley Button, he was eating the rice in his plane meal while flying home to Melbourne Tuesday when he heard a crunch. He then spat out what appeared to be a human tooth.

"The flight attendant that attended to me was adamant that she needed to take it away for testing and was trying to tell me that it was a small rock, when it was without a shadow of a doubt a tooth," SBS News quoted Button as saying.

"I threw my guts up," Button told The Age.

"For the rest of the flight, I was not well; just the idea of having someone else's body part in my food is not nice," he added.

Button, who was also contacted by Channel News Asia after the incident, confirmed that he had filed a complaint with the airline.

"As I have now lodged a formal complaint with the airline, I do not wish to comment further, providing them with an opportunity to resolve this situation," he said, also adding that he was given "a $75 voucher that I could only use on duty free in Singapore Airlines flights."

A Singapore Airlines spokesperson confirmed that it is currently investigating the incident and has sent the object found in Button's food for laboratory analysis.

"We are currently investigating this incident and have sent the object for analysis. Once the results of the analysis are known, we will determine what the most appropriate course of action to take is," an airline spokesperson said in a statement.

"We expect all of our meals to meet a consistently high standard, and we are disappointed in this discovery," the spokesperson added.