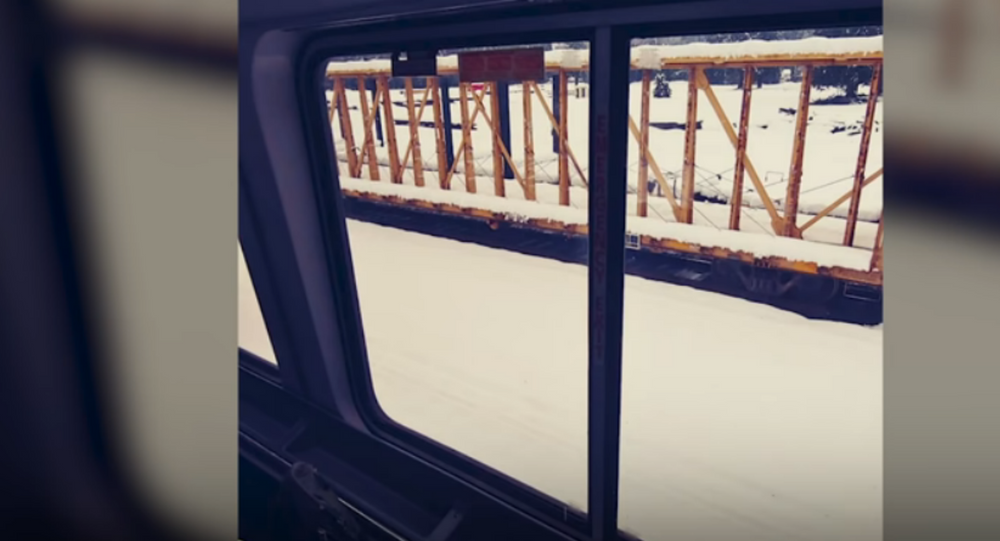 The Coast Starlight Train 1 became stranded in rural Oregon, about 45 miles southeast of Eugene, at around 6:15 p.m. on Sunday when it struck a tree that had fallen on the tracks. The train was making its way from Seattle to Los Angeles.

No one was injured when the train hit the tree, but due to heavy snow and debris on the tracks, the train couldn't continue, and Amtrak officials decided it would be in the passengers' best interest to stay on the train, especially since nearby towns did not have power.

By Tuesday morning, a locomotive was pulling the train back north toward Eugene, after the track was cleared by crews from Union Pacific Railroad, which operates more than 32,000 miles of track in 23 western US states.

A live video feed of the passengers finally arriving in Eugene Tuesday afternoon around 2:30 p.m. was shared by KATU News on Facebook

"It feels great to get fresh air! [Some of us] didn't have service.. we were able to let work know we are going to be late [by borrowing phones from other passengers]. The crew was amazing. It would have been miserable if the crew wasn't as fantastic," one passenger said.

"It's really nice to be on solid ground again," another passenger told KATU News.

"We were really running out of food. We didn't have any breakfast at all [Tuesday]. They fed us breakfast, lunch and dinner yesterday. It was today that was a concern, trying to get here. I'm stuck here for a couple of days. I hope I don't lose my job," she added.

According to the National Weather Service, at least a foot of snow had accumulated in Oakridge, Oregon, by Tuesday.

"We sincerely regret the extended delay customers on the southbound Coast Starlight experienced due to extreme weather issues while traveling with Amtrak," Amtrak Executive Vice President Scot Naparstek said in a statement Tuesday posted on Twitter.

"With more than a foot of heavy snow and numerous trees blocking the track, we made every decision in the best interest of the safety of our customers during the unfortunate sequence of events. With local power outages and blocked roads, it was decided the safest place for our customers was to remain on the train where we were able to provide food, heat, electricity and toilets," Naparstek noted, also adding that Amtrak plans to provide refunds and "other compensation as appropriate" to passengers.

According to passenger Carly Bigby, who posted a video of herself on the train on social media, the snack cart on the train was empty by Tuesday, and many passengers had run out of diapers for their kids. However, the mood on the train remained positive. Bigby did not immediately respond to Sputnik's request for comment.

Amtrak Train Derails in Kansas With Over 140 People on Board

US Probes Alleged Price-Gouging by Airlines After Amtrak Crash