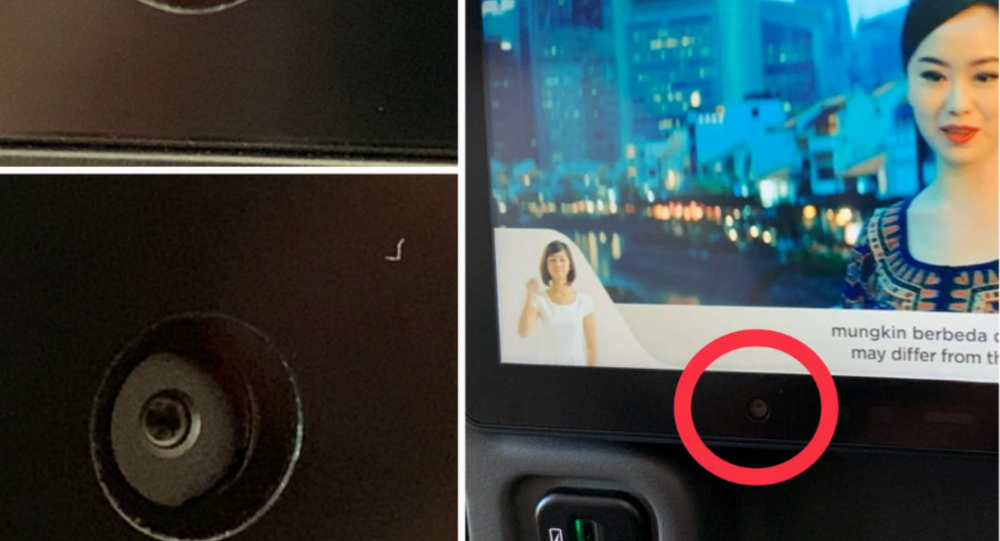 In recent days, travelers have become increasingly concerned that their privacy could be invaded 30,000 feet in the air after a photo of a Singapore Airlines in-flight TV display with a camera was shared on Twitter, racking up hundreds of likes, comments and retweets on the social media platform.

On February 17, traveler Vitaly Kamluk shared a photo of a camera embedded in his seat-back entertainment system on a Singapore Airlines flight.

​"Just found this interesting sensor looking at me from the seat back on board of Singapore Airlines. Any expert opinion of whether this a camera? Perhaps @SingaporeAir could clarify how it is used?" Kamluk tweeted.

"The cameras are probably not used now," he tweeted. "But if they are wired, operational, bundled with mic, it's a matter of one smart hack to use them on 84+ aircrafts and spy on passengers," Kamluk added.

Although Singapore Airlines was quick to admit that it does have cameras on its planes in a tweet, the company clarified that "there are no plans to develop any features using the cameras" in a tweet.

​In fact, the airline claims that entertainment consoles with cameras were purchased from in-flight entertainment manufacturers such as Panasonic and Thales and were thus not intentionally designed by the airline to include cameras.

"We would like to share that some of our newer in-flight entertainment systems provided by the original equipment manufacturers do have a camera embedded in the hardware…. These cameras have been disabled on our aircraft, and there are no plans to develop any features using the cameras," the airline said in a recent statement to BuzzFeed News.

However, Singapore Airlines is not alone in having the potential to turn its lenses on individual passengers.

American and United Airlines have also recently admitted that some of their planes are equipped with cameras.

In a recent statement to BuzzFeed News, American Airlines spokesperson Ross Feinstein stated that cameras are present on some of the airlines' in-flight entertainment systems, but "they have never been activated, and American is not considering using them."

American and Singapore Airlines did not immediately respond to Sputnik's request for comment.