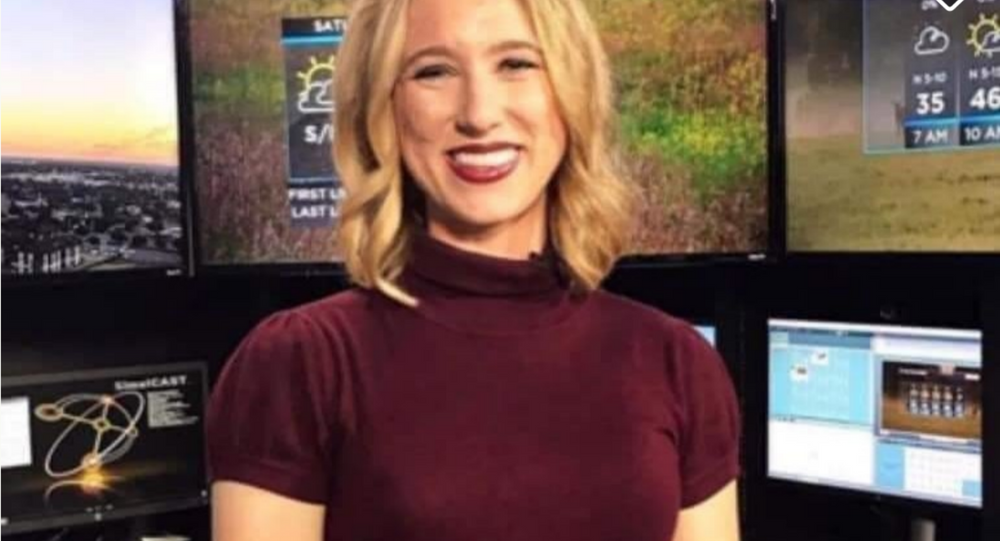 Thousands Object After US Meteorologist Fired Over ‘Offensive’ Brain Teaser

Mandy Bailey, a meteorologist in Lawton, Oklahoma, was fired from her job at KSWO News Monday after she shared a brain teaser on air that some viewers deemed offensive.

On Monday, Bailey shared a brain teaser that read "There" with a noose hanging off the "T." The answer to the teaser was "hang in there." The noose was considered racist by some people due to its association with lynching.

​According to the National Association for the Advancement of Colored People, between 1882 and 1968, 4,734 lynchings took place in the US. The majority of those people, 73 percent, were black, and many of the whites who were lynched were being punished for helping black people or being anti-lynching.

"On Monday morning, one of our employees at KSWO-TV displayed an image that was offensive and unacceptable. At KSWO, we do not tolerate behavior of any kind that depicts hatred, social injustice, racism or anti-Semitism. The employee responsible was terminated immediately. On behalf of all of the employees at KSWO, we offer you our sincere, heart-felt apology with a promise that we will continue to work tirelessly to earn your trust every day," the news station wrote on its Facebook page Monday.

However, since Bailey's firing, many people have come to her support on social media, demanding that the news station "bring Mandy back."

"Shame on you KSWO," one person commented on the KSWO Facebook post. "There was no ill intent nor any malice here. You should correct this immediately. This young lady is one of the best things you have at your station. Do the right thing and bring her back."

"The LOW today is that Mandy has been fired… this will affect the rest of her life! Shame on you KSWO," another user wrote.

In addition, a Facebook group titled "BOYCOTT KSWO" has almost 2,500 members since being created on February 11.

According to the group's description, the "page is simply for holding KSWO accountable for firing Mandy… Any racist comments will be deleted and you will be blocked, that being said share our link and page everywhere and invite your friends and family and let's show how Lawton can come together as a community!"

A change.org page called "Bring Back Mandy Bailey" was also set up and has almost 5,000 supporters so far. A Go Fund Me page, which has generated $405 of its $100,000 goal, is also currently trending on the Go Fund Me page.

"Some people just need to grow up and get a life," one user commented on the Go Fund Me page. "The hangman's noose has been around for centuries."

Racism and Islamophobia: The Politics of the US War Machine