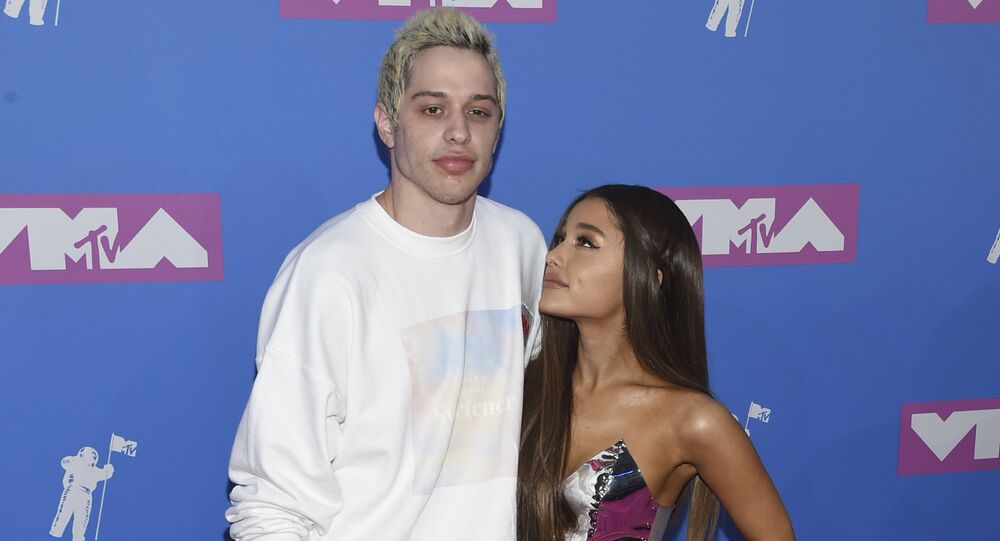 Ariana Grande and Pete Davidson split in October 2018 after Grande’s battle with the psychological aftermath of ex-boyfriend Mac Miller’s death. This breakup led Davidson to fall into depression, and some of his tweets in December made his friends worried that he was having suicidal thoughts.

American comedian and Saturday Night Live star Pete Davidson recently made a symbolic move hinting at the fact that he’s finally over his split with ex-fiance Ariana Grande.

Last year, the comedian had "mille tendresse", a phrase which means "a thousand tendernesses" in French and was made famous by the 1961 film Breakfast At Tiffany's, tattooed on the back of his neck to match a similar tattoo Grande has.

​Now, however, it seems that Davidson has a new tattoo made in the exact same spot – a single word, "cursed", spelled in bold letters.

This development wasn’t revealed by Davidson directly, but rather came to light after his tattoo artist posted the photo of his latest work on Instagram.

In January, Davidson also revealed that he wasn’t amused by Grande’s post-breakup remarks about his penis size, describing the singer’s "Thank U, Next" video as a "dis song".

Ariana Grande and Pete Dadivson split in October 2018, following Grande’s battle with the psychological aftermath of ex-boyfriend Mac Miller’s death. Miller lost his life in an overdose a month earlier.

Following the couple's break, Davidson reportedly fell into depression, and some of the tweets he posted in December made his friends worried that he was having suicidal thoughts. Grande rushed to his side, but has only been spotted in New York City once in January since then.