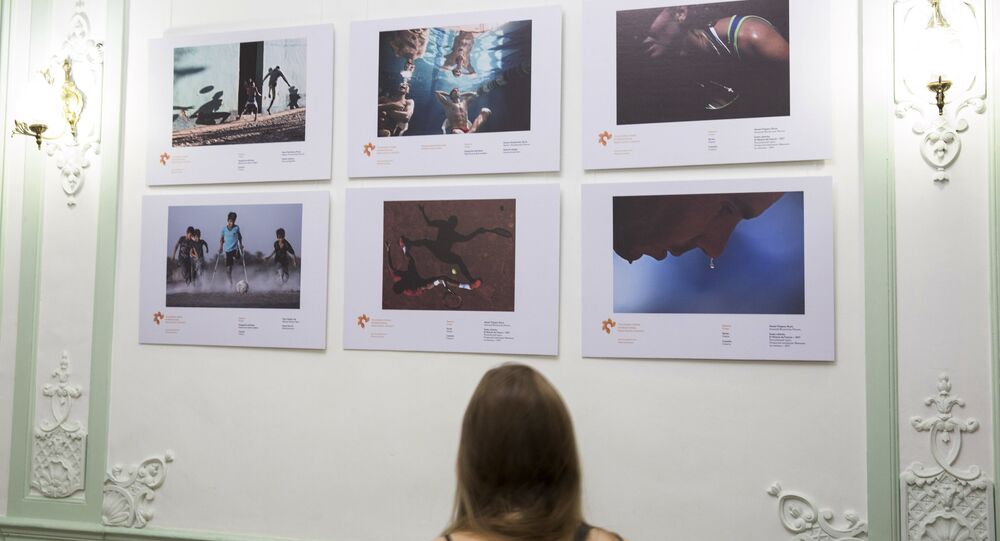 BUENOS AIRES (Sputnik) - An exhibition by the Andrei Stenin International Press Photo Contest, organised by the Rossiya Segodnya International Information Agency under the aegis of the Commission of Russia for UNESCO, opened in the Argentine capital on Wednesday, showcasing more than 30 photographs from around the world.

“Today, you see the winners of the fourth contest. The colleagues of Andrei [Stenin] from 77 countries have sent 6,000 works for the competition. The [showpieces by] the competition's finalists are exhibited here. These are the photographs about our life, about people, about coping. Photography is great because it does not require translation, it is universal,” Volin said at the opening ceremony.

© Sputnik / Andrey Akimov
Jury Announced for 2019 Andrei Stenin International Press Photo Contest
The exhibition is held at the Russian Cultural Center and will run through February 18. The opening was attended by Russian Ambassador to Argentina Dmitry Feoktistov and Russian Deputy Minister of Digital Development, Communications and Mass Media Alexey Volin, who is currently on a working visit to the Latin American country. The Russian delegation also included representatives from the Sputnik international news agency as well as the RT broadcaster.

The exposition includes a series of works by Russian photographer Alena Kochetkova, documenting her fight with cancer. The series have brought her the Grand Prix of the contest.

The Andrei Stenin International Press Photo Contest was first organized in December 2014 in memory of Russian photojournalist Andrei Stenin. He was killed while on assignment in the Donetsk region in eastern Ukraine on August 6, 2014 after his car was shot at and burned on a highway. The photo contest aims to promote young photographers and attract public attention to photojournalism.

READ MORE: Exhibition of Award-Winning Photos From Stenin Contest Kicks Off in Madrid