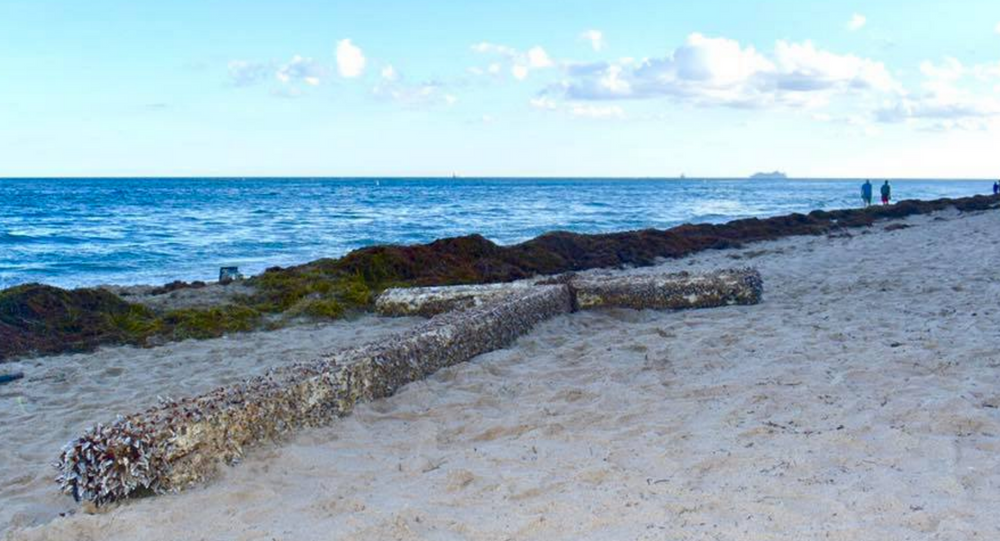 A giant, wooden cross washed ashore near a Fort Lauderdale Beach hotel in South Florida over the weekend, captivating beachgoers who are wondering how it mysteriously arrived.

The 20-foot cross was first spotted in the ocean near the shore behind the Ocean Manor Resort Hotel by John Moschella, who was walking along Fort Lauderdale beach on Saturday.

"People have suggested possibly Puerto Rico," Moschella told WSVN, when asked where the cross could have come from. "Others have said the Keys. It's really unknown where it has come from."

"I couldn't believe that it was washing up on our feet right in front of us," Greg Gay, who was visiting from Michigan, told WSVN.

"I felt really heavenly about it," said Gay. "It was a moment in time. Had we been 10 minutes before or 10 minutes later, we wouldn't have seen it."

The owner of the Ocean Manor Resort Hotel, Frank Talerico, was equally surprised.

"I said, ‘You're kidding me.' I go, ‘Seriously? I thought you're joking,'" Talerico told the local news outlet, describing his reaction when he first found out about the cross.

"I had goosebumps. I was astonished," Talerico added, noting that his sister had been praying at the property Saturday morning after having a nightmare.

Ever since the cross was dragged out of the water by seven people and two all-terrain vehicles, it has been sitting in the sand on the beach.

"You know what? I'm glad it's here," Talerico said. "It's staying here, and if anybody wants to come see it or take a picture with it, they're more than welcome."

Hello There! Giant Alligator Makes an Unexpected Visit to a Florida Yard