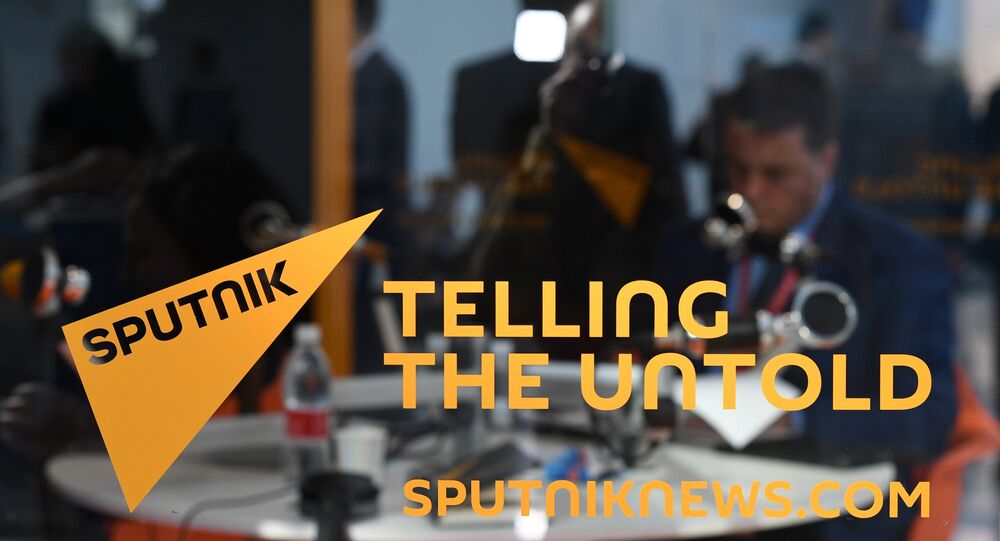 MOSCOW (Sputnik) - Russia does not rule out taking retaliatory measures against countries where Russian media have their rights violated, the deputy head of the Russian Foreign Ministry's Department of Information and Press, Maxim Buyakevich, told Sputnik on Tuesday.

"We, unlike our western partners, never deliberately create problems for foreign media working and officially accredited in the Russian Federation… Speaking about retaliatory measures, the leadership of the Foreign Ministry and the leadership of the country have repeatedly warned in their statements that Russia certainly reserves the right to adopt the same amount of proportional measures with regard to mass media of states that infringe upon the rights of [Russian] media," Buyakevich said during a roundtable titled "International day of safe Internet. Global trends and common sense," which was organized by the Rossiya Segodnya International Information Agency and the Russian Foreign Ministry among others.

According to Buyakevich, the West has recently seen a growing trend of protecting information space from alternative sources of information.

"Everyone has heard about episodes with the United States, where RT and Sputnik have been labeled as foreign agents, which led to the adoption of proportional measures by Russia. In France a wide-ranging campaign to pressure the Russian media has been ongoing. According to our information, Sputnik correspondents have been unable to receive press passes and accreditation needed to work for months," Buyakevich indicated.

© AFP 2021 / NICOLAS ASFOURI
Russian Media Watchdog Roskomnadzor Launches Probe Into BBC World News in Russia
He also recalled the recent case of bias against Russian media in Germany, where the German Federation of Journalists called on local regulators in January to refrain from granting a broadcasting license to RT Deutsch, citing its alleged dissemination of propaganda.

The situation with Russian media in the West has become increasingly difficult in recent years. A number of Western politicians, including those in the United Kingdom, the United States, and France, have accused Sputnik and RT of interfering in elections and spreading propaganda, albeit without providing any evidence.

In the most recent case, the Canadian Foreign Ministry denied Russia's Sputnik and RIA Novosti accreditation for a ministerial meeting of the Lima Group on Venezuela in Ottawa on Monday. The Russian Embassy in Canada has condemned the decision as "shameful and politically motivated."

Russian officials have repeatedly stressed that Moscow does not meddle in other countries' affairs. They, in particular, emphasized that the Western states' policy toward Russian media reflected the fear of alternative coverage of global events and deterioration of the freedom of speech there.