Pope Francis, ahead of his historic and unprecedented Sunday visit to the Arabian Peninsula, issued his strongest condemnation to date of the Saudi Arabian-led war in Yemen, even as the nation hosting him, the United Arab Emirates, provides heavy military support to Riyadh. 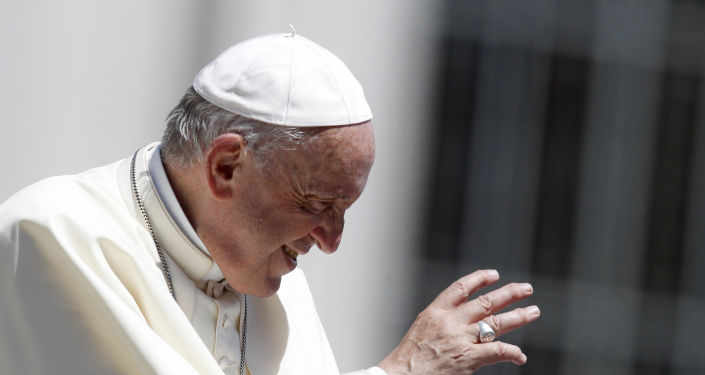 © AP Photo / Riccardo De Luca
Pope Francis Pays Historic Visit to Arabian Peninsula (VIDEO)
During Sunday mass in Vatican City, the Pontiff declared that he is following the news of the war in Yemen with deep concern, and urged all sides to swiftly halt hostilities as millions suffer disease, starvation and the destruction of their homes, towns and families.

"The cry of these children and their parents rise up to God," Pope Francis stated to the thousands listening in St. Peter's Square and the millions listening online around the world, according to Reuters.

Pope Francis has brought renewed attention to the ongoing war in Yemen, even as a deadly cholera outbreak and continued military operations decimate the population of the poorest nation in the Middle East.

"Let us pray strongly because they are children who are hungry, who are thirsty, they don't have medicine and they are in danger of death," he said, prior to boarding a plane bound for the UAE capital of Abu Dhabi. 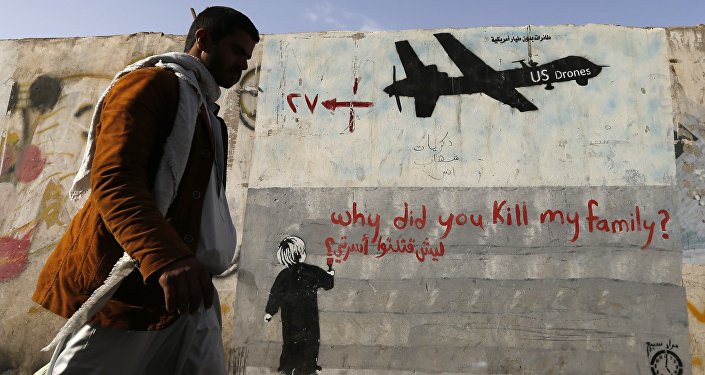 © REUTERS / Khaled Abdullah
Senate, House to Reintroduce Resolution to End US Role in Yemen War - Sanders
Even as the UAE is seen to be providing a leading military role to Riyadh in prosecuting its attacks against the Iran-aligned Houthi group, the four-year war now sees widespread famine and disease in Yemen.

With the first visit by a Pope to the Middle East, observers have expressed doubt that he will address the disturbing humanitarian crisis in such strongly-worded terms while within the nation's borders, according to Reuters.

The Pope will meet several Muslim leaders as well as officiate a mass for an estimated 120,000 Catholics in the nation.

The unprecedented visit by a Catholic Pontiff to the Middle East will provide two great faiths the possibility of writing "a new page in the history of relations between religions," he said, cited by Reuters.

© REUTERS / Omar Sanadiki
Russian Military Delivers 2 Tonnes of Humanitarian Aid to Syria's Yarmouk Camp
Although fighting the Yemen war alongside Riyadh, Abu Dhabi has declared that 2019 is the nation's ‘Year of Tolerance,' leading human rights groups around the world to note the country's jailing of activists and crushing of dissent.

The Muslim-majority UAE has been described as a Christian-tolerant nation, although Abu Dhabi takes a dim view of any form of criticism or dissent against its ruling clan, particularly within the social media environment.