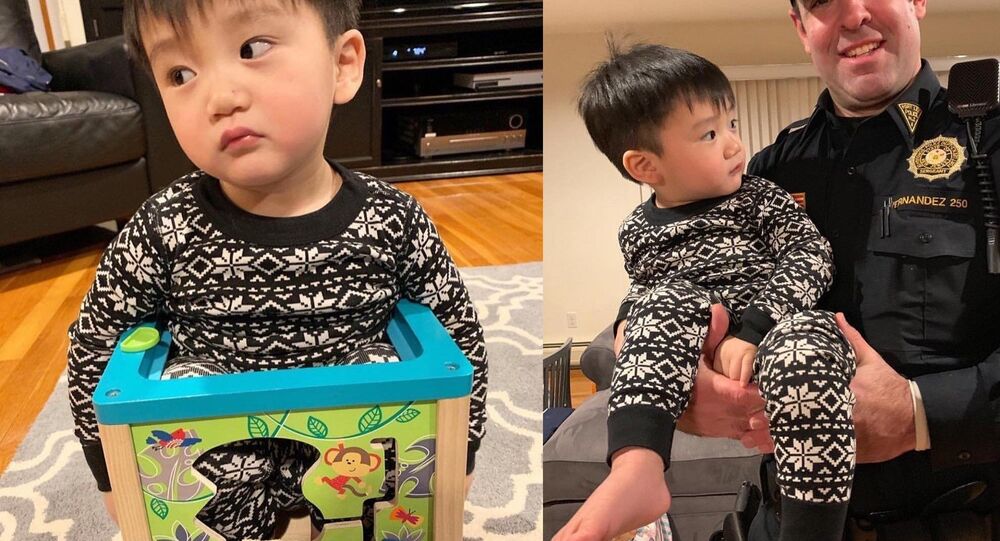 The jaws of life were en route to one New Jersey home as a local officer managed to free a toddler whose mother found him trapped within an educational toy.

The police department in Fort Lee received an uncommon call Tuesday, January 22, after a 20-month-old toddler decided to test the limits of his toy in an innovative way.

According to mother Soona Choe, the toy was designed to hold differently shaped blocks, but her son Luca had other plans during playtime, as he removed the toy's lid and managed to squeeze into the block before getting wedged in at his waist.

"I was panicking. I had to get him out, so I had no choice; I didn't have the tools," Choe told ABC 7. "He got in easily but could not come back out."

Her son soon began to remark in Korean that he was in "pain," leaving his mother with no choice but to call 911.

"It's kind of comical if you think about the situation. I call 911 and say, 'My kid is stuck in a toy,' and they're like, 'What kind of toy? What do you mean?'" recounted Choe to WCBS.

Not long after, Sergeant Rick Hernandez arrived on the scene and began to examine the predicament the tyke had gotten himself into.

"His knees and legs [were] underneath the lip on one side, and his back was stuck up against the other side, so trying to pull him out would've caused injury to either the legs or the back," Hernandez told reporters following the incident.

Receiving permission to break the toy, Hernandez says he was eventually able to "pull out the front panel."

"[But] when it cracked, his grandmother got frightened and screamed."

Thankfully, the snapping noise only came from the toy, and Luca was freed from its clutches seconds later. Choe, having snapped before-and-after photos for posterity, later told reporters that she would also keep the broken educational block to show an older Luca the headaches he put her through as a child.

The Fort Lee Police Department did not reveal the brand of the toy in question.