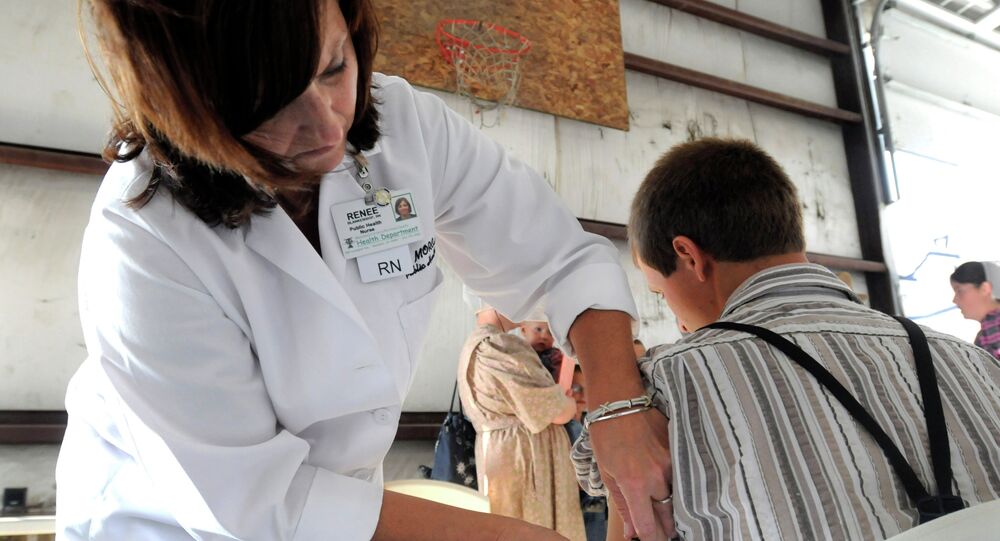 Officials in Clark County, Washington, have declared a public health emergency due to a measles outbreak.

According to a Tuesday statement from the Clark County Health Department, there have been 23 confirmed cases and two suspected cases of measles in the county since January 1.

Out of the 23 patients, 20 had not been vaccinated against measles. The immunization status of three people who contracted the virus has not been determined yet, and at least one person has been hospitalized so far, the health department reported.

According to the Centers for Disease Control and Prevention (CDC), measles is a very contagious virus that lives in the nose and throat mucus of infected individuals. It can be transmitted to others through coughing and sneezing. The virus can be prevented with the MMR vaccine, which also protests against mumps (a viral infection that affects the salivary glands) and rubella (also a viral infection that is identified by its distinctive red rash).

"It's alarming," Douglas J. Opel, a pediatrician at Seattle Children's Hospital, said in a recent interview with The Washington Post. "Any time we have an outbreak of a disease that we have a safe and effective vaccine against, it should raise a red flag."

Peter J. Hotez, a professor of pediatrics and dean of the National School of Tropical Medicine at Baylor College of Medicine, recently told the Post that he expected an outbreak to occur in Clark County because it is an anti-vaccination "hotspot."

In a study published on June 12, 2018, in the Public Library of Science, Hotez found that there are several "hotspot" metropolitan areas that have large numbers of "philosophical-belief" nonmedical vaccine exemptions, including Portland, Seattle, Phoenix and Detroit.

According to the CDC, symptoms of measles typically appear seven to 14 days after a person is infected with the virus and usually result in a high fever, cough, runny nose and red, watery eyes. A few days after these symptoms appear, tiny white spots may show up inside infected individuals' mouths.

So far, people infected with the virus in Clark County have gone to schools, churches, doctors' offices, Ikea, Costco and Amazon locker pickup stations, according to city officials.