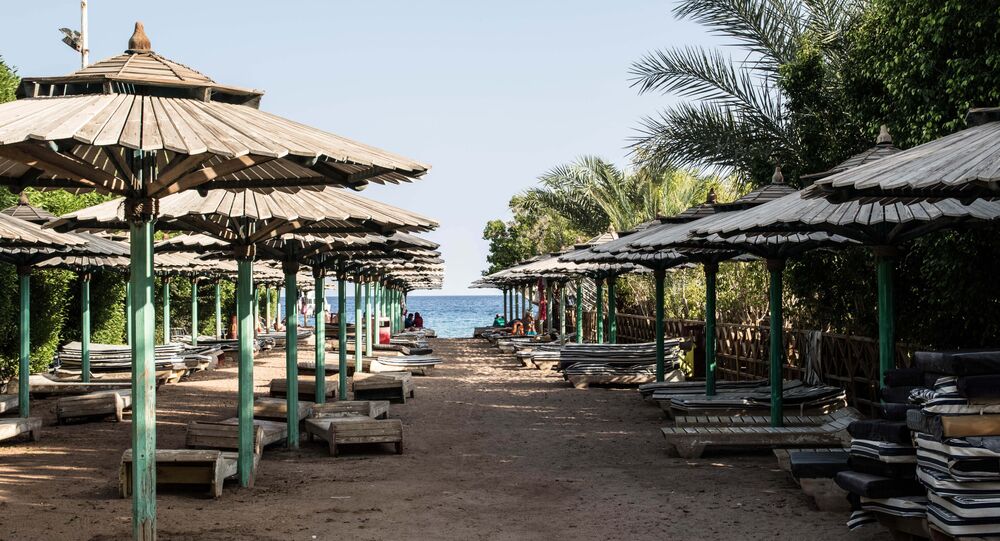 An Israeli man has been imprisoned in an Egyptian jail for almost a year for touching a woman on a waterslide at a resort in Sharm el-Sheikh, an Egyptian resort town between the desert of the Sinai Peninsula and the Red Sea.

Yusuf al-Assam, a 19-year-old Israeli citizen from the town of Tel Sheva in southern Israel, was arrested last April while on a family vacation at an unidentified resort in Sharm el-Sheikh. At the time, al-Assam was a senior in high school.

"He was playing with his little nine-year-old brother on the water slides and hit some girl," Assam's father, Khaled, recently told Ynet News. "When he got off the slide, she slapped him."

"There was commotion, and my son was detained until the police came and took him away," he added.

The young Egyptian woman, whose identity was not revealed, filed a complaint with police in Sharm el-Sheikh stating that Assam groped her chest on the water slide and thus offended her honor.

According to Khaled, his son was sentenced to a year in Egyptian prison, even though Khaled had provided a compensation payment to the woman's family. According to Ynet news, after Assam's family compensated the woman, she "in turn sought to withdraw the complaint." However, the complaint was never withdrawn, according to Khaled, who added that he was confused as to why his son was still behind bars when the original conflict had been reconciled. Assam is currently imprisoned in Cairo, although it is unclear which prison is holding him.

"In Egypt, even if you murder someone, as soon as the family withdraws their complaint, it is ended. That's the procedure there," Khaled told Ynet News.

Khaled also criticized Israel's Foreign Ministry, claiming that it has not provided any assistance with his son's case.

"They're not doing anything. He was visited twice by [representatives from] the embassy since he was transferred to Cairo, and that is it. When he was in Sinai, we were told they're not allowed to go there because it was too dangerous," he said.

In a statement by Israel's Foreign Ministry obtained by Ynet news, the agency denied the accusations that it has not been involved in the case.

"This is a case of an Israeli citizen who is receiving full consular services from the embassy in Cairo and the headquarters in Jerusalem," the ministry noted.

The ministry did not immediately respond to Sputnik's request for comment.