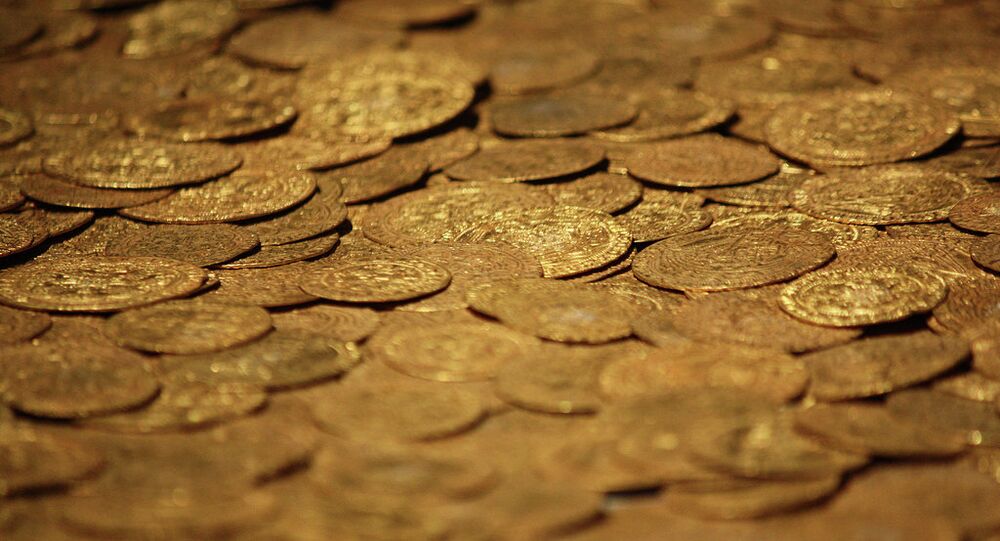 The valuables, with an estimated monetary value in excess of a million dollars, were lost nearly a century ago, and discovered in one of the oldest buildings in the Uzbek capital.

National University of Uzbekistan researchers stumbled upon the collection, which includes rare works of art, gold and silver coins, a plethora of antiques, Orthodox icons, and more, during excavation work in the basement of a building built in 1870, Uzbek news website kun.uz reported.

The rare objects include pieces from the collection of the home of Grand Duke Nicholas Constantinovich, the grandson of Emperor Nicholas I. The duke built a fabulous palace in Tashkent after being exiled there by his royal parents, and died of pneumonia in 1918, less than a year after the Russian Revolution overthrew the Romanov dynasty.

Other rare items were brought to the city in the 1920s from Europe and St. Petersburg, the former capital of the Russian Empire, under the initiative of academic Nikolai Dimo, who later went on to found the Central Asian University in Tashkent.

These items included a 19th century gold-plated microscope from the Austro-Hungarian Empire, gold and silver coins from various countries and eras, 8 kilograms worth of gold bars, ancient books from the 18th and 19th centuries, a book in Greek and Latin published in 1535, manuscripts from the 12th to 18th centuries, and documents from the time of the Uzbek Khanate. The cache also includes items from the home of Dzhurabek, an Uzbek general in the Imperial Russian army.

Uzbek authorities have taken the historical treasures under state protection, and transported them to the city's museum. Some of the pieces will be handed over to a group of German and Polish specialists for restoration. Academics continue to compile the find, as they research the secret room where the valuables were found.