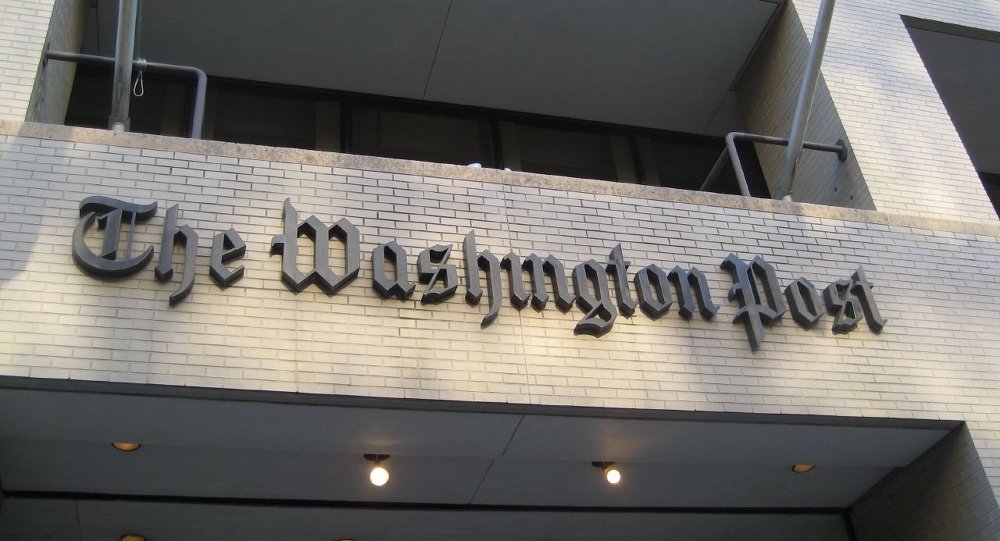 On Wednesday, a liberal prank group called the Yes Men distributed thousands of fake editions of The Washington Post in Washington, DC. The impostor paper claimed that US President Donald Trump was leaving office.

The newspapers, which were dated May 1, 2019, were very similar to genuine copies of The Washington Post and featured anti-Trump stories. An online version of the paper was also published on democracyawakensinaction.org and my-washingtonpost.com.

"There are fake print editions of The Washington Post being distributed around downtown DC, and we are aware of a website attempting to mimic The Post's. They are not Post products, and we are looking into this," the Post's Public Relations department tweeted Wednesday.

"The story this paper tells is more reasonable than our current reality," Yes Men activist Onnesha Roychoudhuri, who created the paper together with author L.A. Kauffman, said in a Wednesday press release.

"And it's anything but far-fetched. We're already seeing unprecedented levels of protest and resistance. Now we just need to ask ourselves: What's next? This paper offers a blueprint to help us reclaim our democracy."

"This newspaper is a fantasy," said Kauffman, "but it's rooted in both reality and scholarship. Our stories build on real-world resistance to Trump and insights about how ordinary people can dislodge an unfit leader."

What Is the US Government Shutdown and What Can Be Done in Washington to End It?