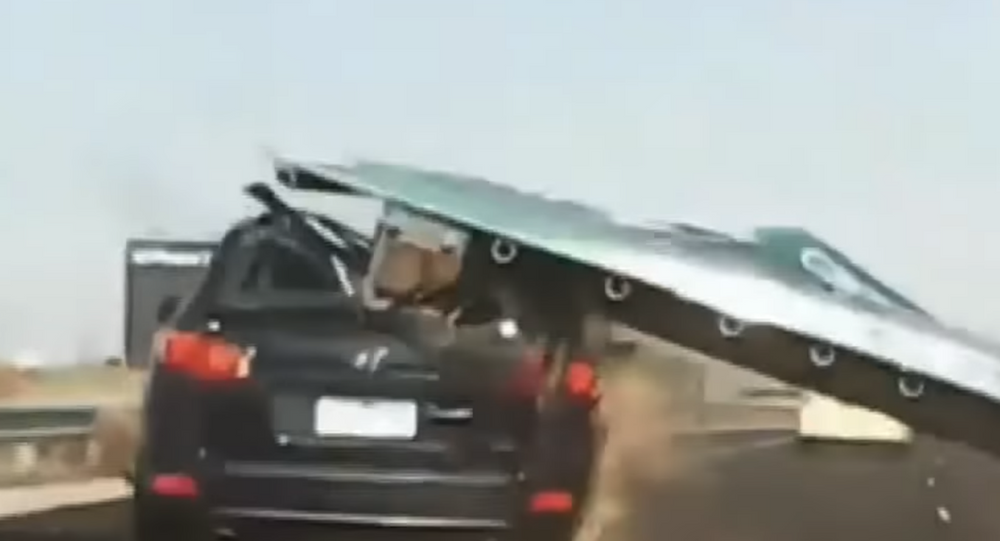 The driver, luckily, managed to escape with her life, only sustaining neck and hand injuries. She is currently in stable condition at the Royal Melbourne Hospital, according to the Australian Broadcasting Corporation.

​Ali Murad, who captured the incident on his dashcam, told Aussie station 9News that had his vehicle been caught in the mix-up, he might not have fared so well. "She was driving a big SUV. I was driving a smaller car; it would've crushed my car," he said.

Graeme Chambers, the delivery director of the Major Road Projects Victoria (MRPV), which oversees upgrades to roads and highways in the state of Victoria, added that in his 30 years in the industry, he's never come across such an incident. "It's an extremely rare event… I'm not aware of such an event happening before," he said.

Presently an investigation is being carried out by various experts, including a few from the MRPV, VicRoads and Transurban. A preliminary investigation suggests that the sudden collapse resulted from the sign's connection to an overhead gantry. Wind has not been cited as a factor.

Road operator Transurban recently indicated that newly installed traffic signs for the CityLink Tulla Widening project had also been checked on in an effort to ease traveler concerns. "Safety is of paramount importance to us, and we will continue to work in collaboration with VicRoads, Major Road Projects Victoria and CPB Contractors as part of the investigation," the company said in a statement to ABC.

No other cars were hit during the incident.