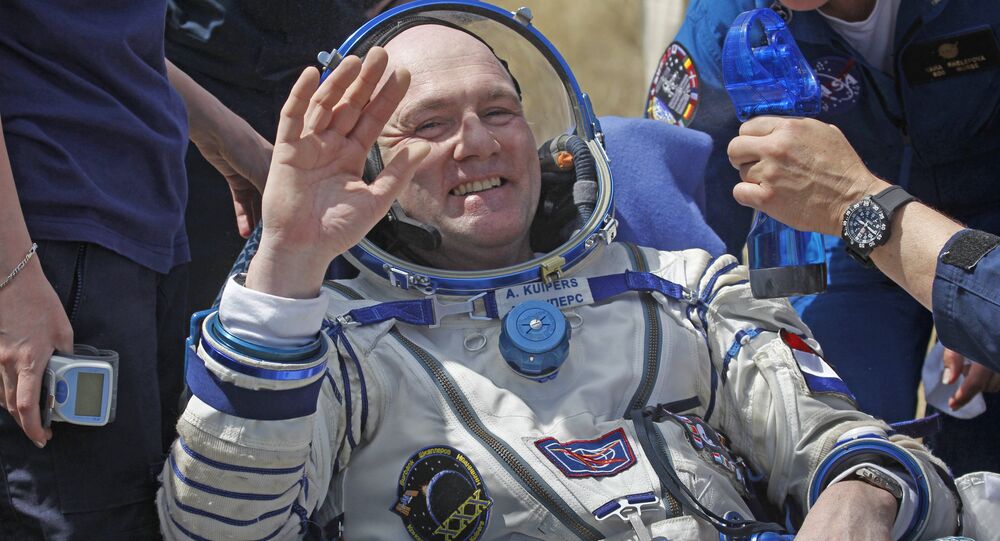 Zero gravity is a tricky thing, as one can learn from the interview of a Dutch astronaut who unintentionally "prank called" NASA and startled the emergency staff in Houston.

André Kuipers, 60, a former European Space Agency astronaut, has confessed that he once tried to phone a space centre but ended up calling the American emergency number 911 from aboard the International Space Station (ISS).

Kuipers told the Dutch radio programme Met Het Oog Op Morgen that he had called the Earth to say hello once in a while, since astronauts are able to contact phones on the ground nearly 70 percent of the time. On one such occasion, he tried to contact NASA's Houston-based Johnson Space Center.

Kuipers, who spent a total of 204 days in space during two ESA missions, said that he had to dial 9-0-1-1 to get through to the centre, with 9 standing for an outside line and 011 for an international line. He accidentally missed the 0 as he was floating in zero gravity and entering the numbers from the screen.

The following day, he went on, he received an e-mail from the Houston emergency staff, who inquired whether he had called 911. It turned out that his call had triggered a security alert in the space centre; the emergency staff went to the room where the signal was received from the International Space Station, but apparently did not find anyone.

"I was a little disappointed that they had not come up", jokes Kuipers.