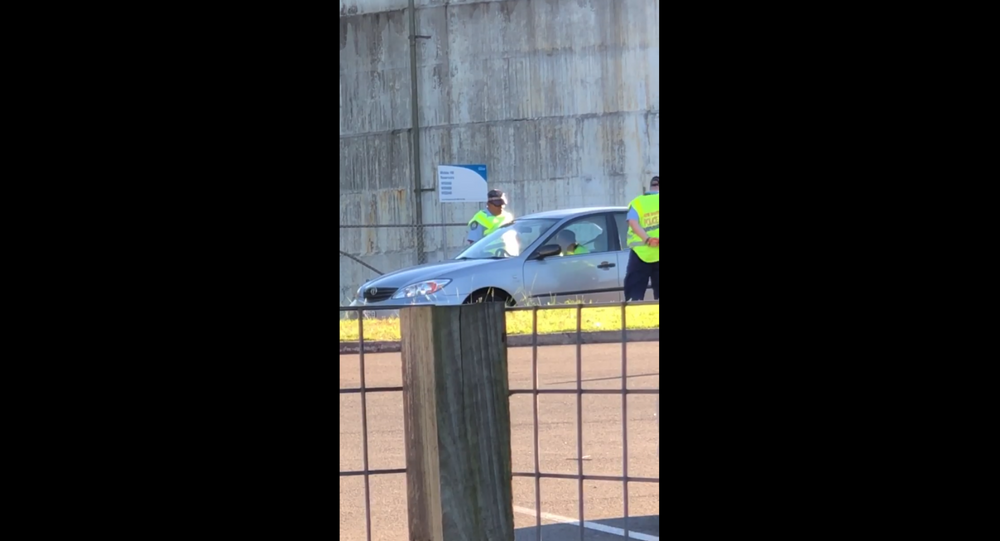 Australia's New South Wales Police launched an investigation this week into a recent incident in which an officer was filmed shoving a driver during a routine stop and then instructing him to "go back to China."

The confrontation, which took place on Tuesday, was filmed and later shared on social media by local resident Caleb Strik, who told Daily Mail Australia that he was shocked when he came upon the interaction.

Footage of the Christmas Day encounter shows the unidentified police officer first pulling over a Toyota Camry for a random breath test in the Sydney suburb of Carlingford before things quickly spiral out of control.

"Where do you come from?" the officer asks after approaching the vehicle. Although the driver's response is inaudible, the patrolman responds by telling the driver to "go back to China."

Within seconds, things escalate even further, with the officer motioning toward the vehicle's steering wheel before abruptly pushing the driver against the driver's seat. It's presently unclear what exactly prompted this action by the officer.

Additional videos recorded by Strik capture his own confrontation with the officer, in which he questions the official's behavior. "I'm recording this to make sure you understand… I have a video of you hitting the worker. You also told him to ‘go back to China,'" Strik tells the cop.

The remainder of the footage shows Strik continuing to pursue the official, even exchanging heated words with a second officer who briefly questions Strik's interference into the traffic stop. "What's it have to do with you?" Strik was asked by the partner.

Strik captioned his footage, "Racist policeman telling the Chinese guy to go back to China and then hitting him!!!!! How can an import Indian police officer, tell a Chinese guy to leave Australia." The Australian stressed this exact issue when speaking to Daily Mail Australia on the matter.

"I saw him yelling at the man," Strik said, recalling his initial shock. "I can't believe someone born in India is telling another immigrant to go back to China."

A spokesperson for the New South Wales force told the Daily Mail this week that the department is aware of the incident and are making inquiries. "At this stage we are unaware of any formal complaints being lodged by a member of the community," the statement added.