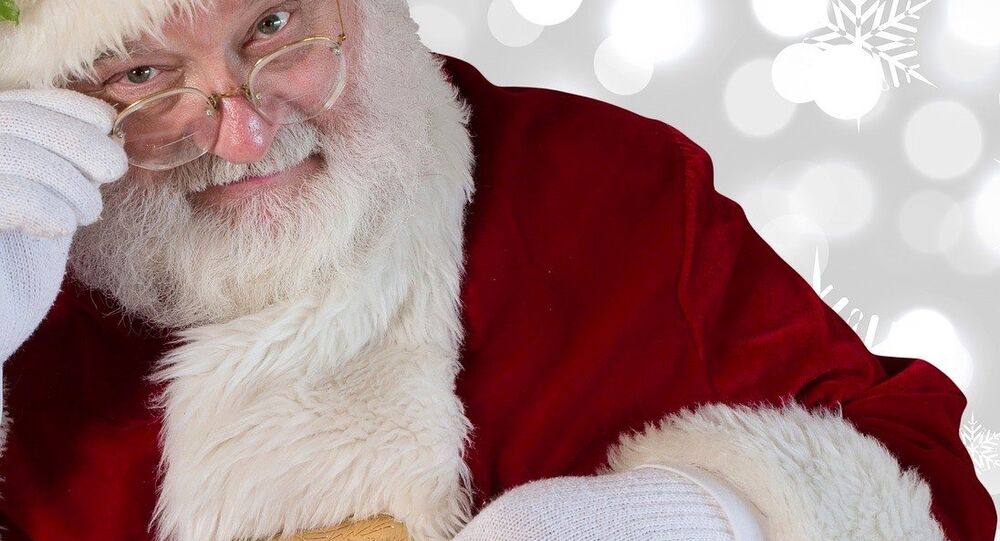 A UK Santa stole holiday cheer and instead gifted fear to children at a Cambridgeshire Christmas event after a false fire alarm caused the jolly man to reveal his identity and start swearing at children during the evacuation.

The "Father Christmas Grotto" experience in the Cambridgeshire Corn Exchange last Sunday faced what was thought to be an emergency after a smoke machine from a separate event triggered the smoke detector, local non-profit organizer Festival Events St. Ives' (FESt) apology.

The alarm wasn't the only thing triggered, as the event's St. Nick, according to CambridgeshireLive (CL), "ripped off his hat and beard" before yelling profanities at the event that included some 50 children in the Christmas spirit.

"People were in the process of vacating the building, and in came angry Santa swearing, using the most vile language, ripping off his hat and beard with steam literally coming from his ears… not too sure why he was so cross?" an anonymous mom recounted in an interview.

It would later be revealed the the detector was set off by a smoke machine being used at a "family rave event" downstairs.

FESt's apology, interestingly enough, only mentioned the seasonal Santa as someone who "assisted in the evacuation of the building." Without acknowledging his language, the organization simply apologized for "any offence or distress" caused while ensuring attendees were safe.

While the event organizer definitely wanted to save face for their employee, the "family rave" DJ Stuart Wilkin suggested to Yahoo UK that Santa may have been "trying to talk to kids with thumping music playing and was pissed off."

Most parents were rightfully outraged by the jolly man causing such a scene and instead of ruining the wonder of the winter holiday, some parents in attendance thought quickly on their feet while consoling their children.

"My friend's little boy was upset as his dad was carrying him when Santa told them ‘to get the f**k out'," a mother told CL. "We told our children he wasn't the real Santa. He was an imposter and will be going on the naughty list."

Santa's Grotto, which is a free event and invites the community come see "Santa and the Chief Snowman," is set take place yet again this weekend, FESt's flier advertises. No word on whether the swearing Santa will again be on hand to give gifts to the children on the 16th.