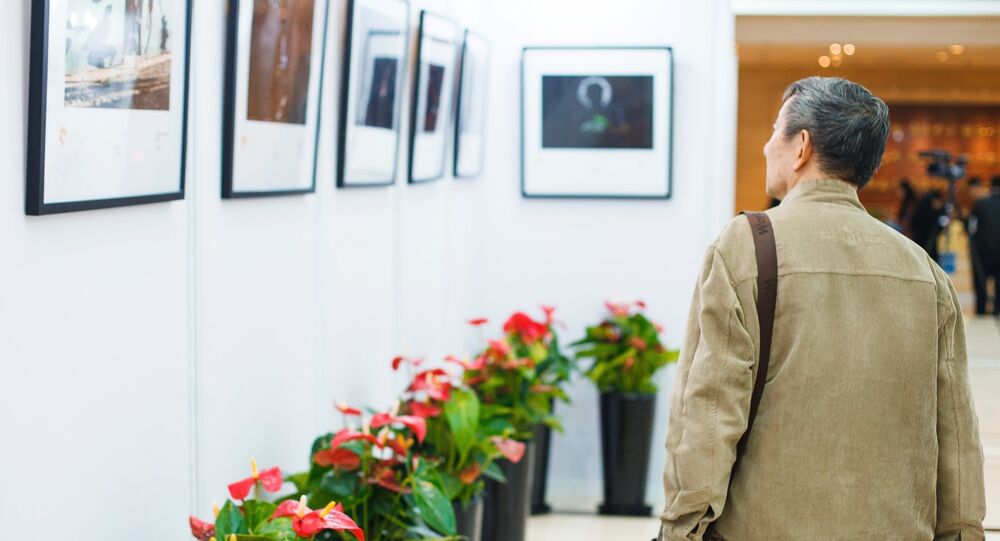 SHANGHAI (Rossiya Segodnya press service) - The Andrei Stenin International Press Photo Contest organized by Rossiya Segodnya under the patronage of the Russian Commission for UNESCO opened a display of the winning works of 2018 at the Shanghai United Media Group headquarters as part of the exhibition’s international tour.

The exhibition, which will run until December 5, is presenting to the Chinese public nearly 70 highly professional works by young photojournalists from around the world raising global social issues and telling simple human stories. Among the entries is Russian photographer Alyona Kochetkova's, How I Fell Ill, a documentary report of her own dramatic fight against cancer, which brought her the Grand Prix of the competition.

© Sputnik /
2018 Andrei Stenin Contest Awards Grand Prix to Alyona Kochetkova From Kaluga
Visitors will also appreciate the Gemini series by Shiva Khademi from Iran, filled with profound meaning, and the colorful Cranberry Heart photo by Belarusian photographer Sergei Gapon, the touching portrait of a Nenets boy in the midst of snow-covered landscape made by Oded Wagenstein from Israel and many others.

For the second consecutive year, the professional jury of the competition partner, the Shanghai United Media Group (SUMG), awards its Special Prize to an image depicting children. A vivid photograph by Taisir Mahdi from Iraq, The Desire for Life, which captured a young football player with an amputated foot during an attack, can leave no one indifferent. This image also brought the photographer first place in the Sports category.

"I was happy to take part in such a high-profile competition for photojournalists," Taisir Mahdi said. "The awards I received, including the SUMG Special Prize, inspire me to further expand professionally. Thanks, to the Andrei Stenin competition for supporting young photographers."

Shanghai is the fourth stop in the contest's international tour after the UN headquarters in New York, Moscow and Cape Town. From the world's largest metropolis, the works by the best young photojournalists will travel to Weihai in northeastern China, and on to Beirut, then Madrid and other European capitals.

"Our finalists are young, but they are established professionals, and I believe that our competition will serve as a springboard for them in their career and will open many new names to the world of photography in the future," said Head of Rossiya Segodnya Integrated Photography Directorate Alexander Shtol.

The Shanghai United Media Group (SUMG) is the largest publishing corporation in China. Established in October 2013, it publishes 23 newspapers and magazines, and owns two publishing houses. The company employs over 8,000 people, while the total circulation of its daily newspapers exceeds 3.7 million copies. Its Jiefang Daily, Wenhui Daily and Xinmin Evening News are among the largest and most influential news outlets in China.

The group's digital products — WeChat and Weibo pages, mobile apps and SMS services — have more than 240 million active users. Not so long ago, the group launched a new landmark project, The Paper, which has become one of the leading internet news platforms in China, and Jiemian, a financial news aggregator, which currently has over 80 million subscribers in a mobile app.

In 2018, the contest jury included representatives from the world's leading news agencies: AFP (France), Anadolu Ajansi (Turkey), Notimex (Mexico), as well as world-class photographers and editors. The jury was chaired by Ahmet Sel, who is Visual News Editor in Chief for Anadolu Agency (Turkey).