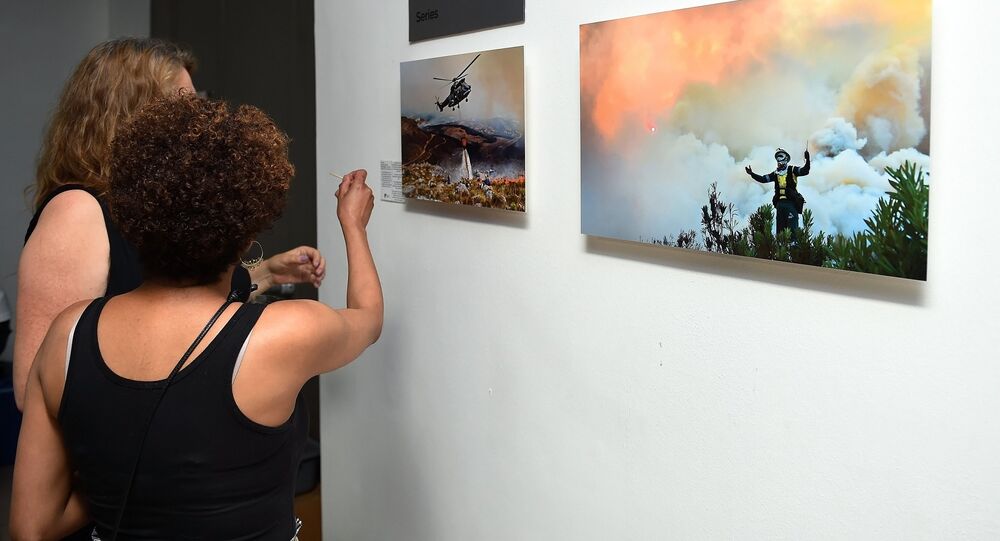 CAPE TOWN (Sputnik) - The exhibition of photographs of the Andrei Stenin International Press Photo Contest’s finalists, organized by Rossiya Segodnya International Information Agency under the auspices of the Commission of Russia for UNESCO, opened on Friday in Cape Town, South Africa for the third time.

There are over 60 images on display, including the works by Grand Prix winner Alyona Kochetkova, who won with her series of photographs "How I fell ill," a documentary story about her dramatic fight against cancer. The display also includes the photos by Iranian photojournalist Shiva Khademi devoted to a story of twins and the works by Mashruk Ahmed of Bangladesh picturing mass migration of Rohingya refugees and many others.

"For the third year in a row, Cape Town has been one of the cities hosting the Andrei Stenin International Press Photo Contest winners’ display. The local public is not only interested in the exhibition – every year, Cape Town photojournalists participate in the contest, winning various nominations. In 2018, South African photographer Justin Sullivan took the first prize again in the Top News Single category for his 'Stand Off,'" Russian Consul General in Cape Town Roman Ambarov said at the opening ceremony.

According to Ian Landsberg, picture director of photography at African News Agency, Independent Media and ANA are proud to host for the third consecutive year exhibitions of the winning pictures of the Andrei Stenin International Photo Contest.

"Showcasing the incredible work of these young, up-and-coming photojournalists from 77 countries in the touring exhibitions, amplifies on a global scale the power and scope of their storytelling efforts," Landsberg said.

The Andrei Stenin International Press Photo Contest for young photojournalists is named after special photo correspondent of the Rossiya Segodnya International Information Agency, who was killed while on assignment in the conflict-torn eastern Ukraine in 2014.

About the Chavonnes Battery Museum

The Chavonnes Battery, a VOC fort that was buried (and forgotten) for 140 years on the sand of the original Cape Town shoreline, is now a world class Museum showcasing the early history of Cape Town, host to a robust schedule of contemporary international photo exhibitions and provides guided walking tours of the museum, and the official V&A Waterfront Historical Walking Tour of the many points of historical interest on the property. The Museum is available for conferences, presentations, cocktail parties, dinners, etc. and we still fire our original muzzle loading cannons.

Winner of 2017 Stenin Photo Contest: 'We Need to Go Out and Tell Our Stories'