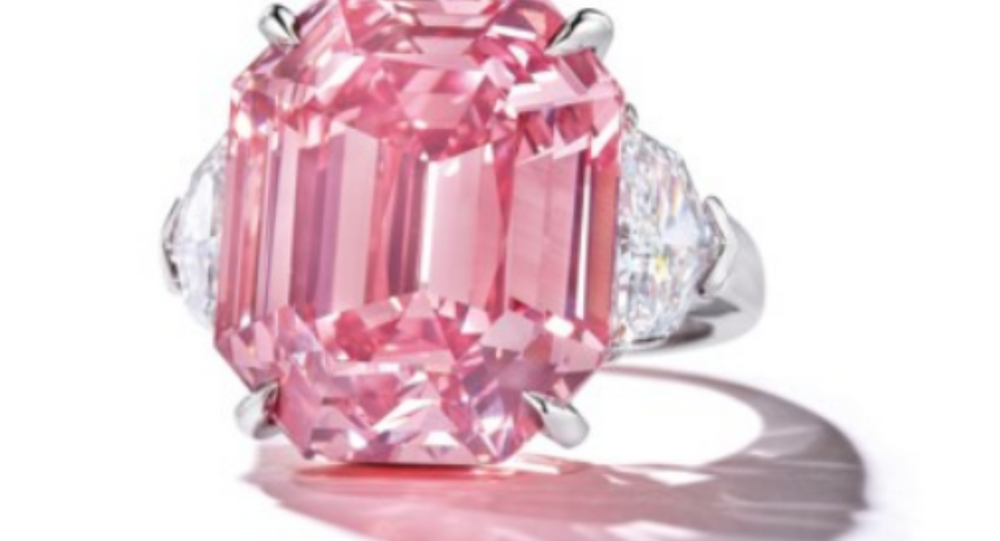 The diamond, which generated a great amount of interest during the annual Magnificent Jewels auction due to its size, is categorized as a "Fancy Vivid" diamond, which is the highest grade of diamond color intensity. Only 1 in 100,000 diamonds are considered "Fancy Vivid."

"The saturation, the intensity of this stone is as good as it gets in a colored diamond," Rahul Kadakia, Christie's international head of jewelry, said on Christies.com.

"To find a diamond of this size with this color is pretty much unreal," he continues. "You may see this color in a pink diamond of less than one carat. But this is almost 19 carats, and it's as pink as can be. It's unbelievable," Kadakia added.

Although Christie's did not reveal the auction winner, the diamond once belonged to the Oppenheimer family, who ran the De Beers diamond mining company until 2011 before selling it to Anglo American, a multinational mining company based in Johannesburg, South Africa, and London, UK.

In April 2017, a 60-carat diamond called the Pink Star was sold at Sotheby's auction house in Hong Kong for $71.2 million, becoming the most expensive and largest ever polished diamond ever sold at auction.

In November of last year, the Pink Promise diamond, at almost 15 carats, sold for $32.5 million at Christie's in Hong Kong.

In addition to diamonds, a painting by British artist David Hockney is scheduled to be sold at Christie's Post-War and Contemporary Art Evening Sale at New York's Rockefeller Center on November 15 for around $80 million.

Shine Bright Like a Diamond: Tribute to Legendary Blondes