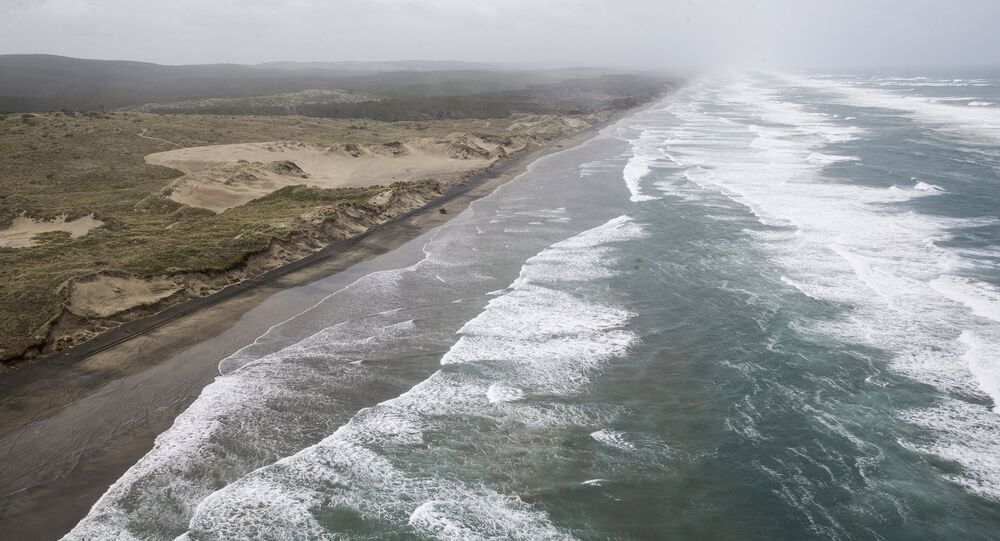 A fisherman rescued a baby last month after spotting the child floating face down in the water at Matata Beach in the eastern Bay of Plenty Region in the North Island of New Zealand.

On October 26 at around 7 a.m., Guss Hutt found the boy in the water off the country's North Island while fishing. Matata is a local coastal town located in the North Island and is about 15 miles to the northwest of Whakatane.

"As he floated past I thought he was just a doll," Hutt told the New Zealand Herald Monday.

"His face looked just like porcelain with his short hair wetted down, but then… he let out a little squeak, and I thought, 'Oh God this is a baby and it's alive.'"

The 18-month-old child had reportedly escaped from his family's tent at Murphy's Holiday Camp earlier that day by pulling the zip up on the tent while his parents were asleep. He reportedly crawled underneath the flap before heading to the beach. The parents didn't realize their child was missing until they were awoken by the camp managers at Matata Beach informing them that their son had been found floating in the sea.

"He was floating at a steady pace with a rip in the water. If I hadn't been there, or if I had just been a minute later, I wouldn't have seen him," Hutt told the New Zealand Herald.

"He was bloody lucky, but he just wasn't meant to go; it wasn't his time."

According to a spokesperson from the Whakatane Police Department, the child was "quickly removed from the water by the informant at the scene and began breathing again."

He was treated by emergency services with the Matata Volunteer Fire Brigade for 15 minutes before being transferred to Whakatāne Hospital "for a checkup in a moderate condition." Although not explicitly stated, the child was most likely floating unconsciously in the water for at least part of the time.

Hutt's wife, Sue, tracked down the boy's parents after the holiday camp managers informed her that they were the only ones at the campsite with a baby.

According to Jessica Whyte, the toddler's mother, who also spoke to the New Zealand Herald, she was awoken around 7:30 a.m. with the news that her son had been floating in the sea and said it was "horrible in between hearing that and seeing him."

"Apparently the baby had been very excited to be on the beach. It was the couple's first night staying here. It's the first time they've been here," Rebecca Salter, the co-owner of Murphy's Holiday Camp, recently told BBC.

"It came as a shock to everyone. It was a very, very lucky result… it could have been a very tragic incident," Salter added. "It's a freakish miracle."

Salter did not immediately respond to Sputnik's request for comment.