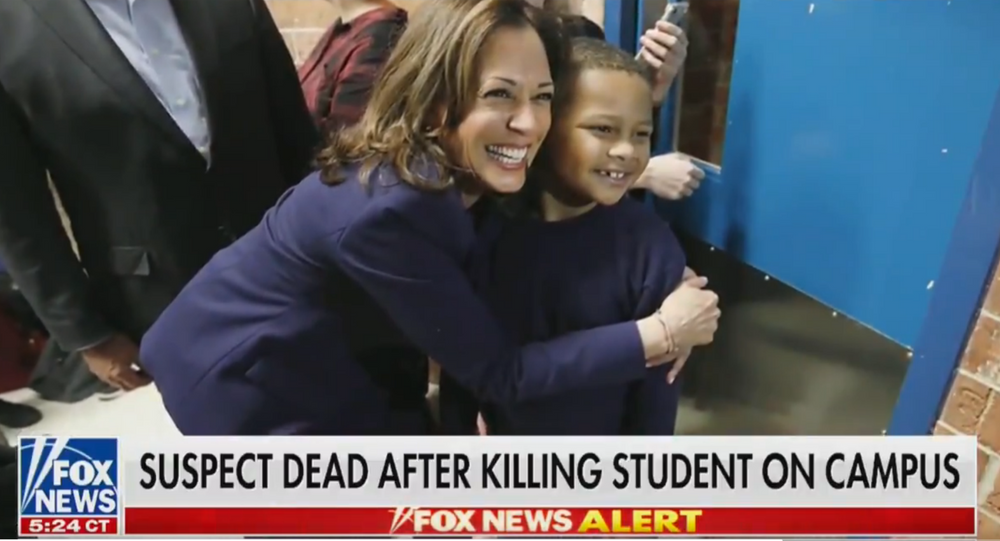 Fox News apologized Tuesday morning after it used a photograph of Sen. Kamala Harris (D-CA) during a segment about a registered sex offender suspected of shooting dead a University of Utah student.

While reporting on the death of 21-year-old Lauren McCluskey, a female student who was shot dead Monday evening on the University of Utah campus, Fox News said that the suspected shooter, registered sex offender Melvin Rowland, who is also believed to be the victim's ex-boyfriend, was later found dead in a Salt Lake City church off campus after being chased by police. However, instead of flashing Rowland's mugshot, Fox News showed a picture of Harris hugging a child on the screen instead.

​Around 45 minutes after airing the segment, Fox News corrected its mistake and aired the footage again, only this time showing a picture of Rowland.

"In an earlier version of this story, we showed you the wrong video," Fox News' Jillian Mele admitted in the corrected segment. "We showed you pictures of Sen. Kamala Harris instead of Melvin Rowland's mugshot. We apologize for that error."

​This is the not the first time that Fox News has made an error of this sort.

When legendary singer Aretha Franklin died in August at the age of 76 due to advanced pancreatic cancer, Fox News broadcasted a lengthy video featuring the Queen of Soul throughout her life.

​Except, instead of showing Franklin, they threw up a picture of singer Patti LaBelle.