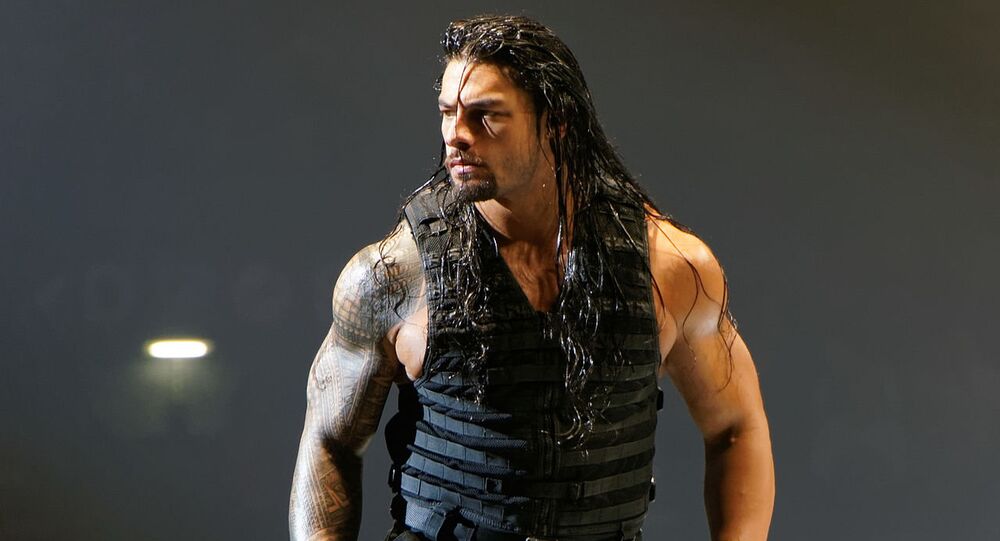 Three-time WWE champion Roman Reigns has revealed during the Raw opening that the disease he’s been living with for 11 years is back and is forcing him to stay away from the ring for some time. In an emotional address, he dropped his tough-guy WWE persona and stepped out as a real-life Joe who has to battle cancer.

The Universal champion in the World Wrestling Entertainment (WWE), Roman Reigns has dropped his persona to tell fighting fans that he’s taking a break in his career because of leukemia. He addressed the crowd at Raw opening as Joe Anoaʻi with an emotional story of his battle with cancer, he’s been living with for 11 years. The disease has returned after years of remission since 2008 and has forced him out to relinquish my Universal Championship for some time.

#RomanReigns Was Diagnosed
With Leukemia 11 Years Ago, Which
Has Returned. He Relinquished The
Universal Championship To Treat His
Disease. Send Your Prayers His Way. pic.twitter.com/pBnqEyZmMY

​"For months, maybe even a whole year, I've come out here as Roman Reigns and said I'd come out here every week, that I'd be a fighting champion, that I was going to be consistent, that I was going to be a workhorse — but that's all lies. It's a lie because the reality is, my real name is Joe and I've been living with leukemia for 11 years and unfortunately it's back,” he told the WWE Universe in his moving yet optimistic address.

The wrestler, who wants to focus on his health and family for some time, made it clear that this was “by no means a retirement speech,” as he promised to get back to “swing for the fences.”

“I will beat this, and I will be back, so you will see me very, very soon,” he claimed.

The WWE confirmed the announcement with a public statement reading “Reigns is taking his battle with leukemia public in an effort to raise awareness and funds for research in order to advance cures for the disease.”

The relations between Anoaʻi, a former American football player signed by the WWE in 2010, and some wrestling fans is by no means unclouded, as many disliked his character, but the WWE Universe met  his revelations with an outpouring of support.

Anoaʻi’s superstar colleagues, who are usually spotted playing tough-guy in and out of the ring, have sent their love to the wrestler.

‘Courage — strength in the face of pain or grief.’ You have given us your everything including a courageously vulnerable moment. We, your WWE family, give you all of our love and support. #ThankYouRoman #NeverGiveUp

Come on #bigdog. After your another fight, let’s do this again. #thankyouroman https://t.co/tYdkHmAUHb

I’m just learning now of @WWERomanReigns leukemia diagnosis. Stunned. I liked and respected him from the moment I met him. Sending my very best wishes and prayers for you, Joe.

Roman Reigns exemplifies everything I believe a true leader should be.

Proud to have shared a locker room with him, and I’ll be proud to share it with him again after he wins this battle.#ThankYouRoman

​The hashtags #ThankYouRoman и #FightRoman are also trending on Twitter as users from around the world post their words of support in different languages and wish him luck taking on his adversary.

Leukaemia is a bitch! You may have been through many battles in the ring but you have overcome them. You beat this once. Now keep fighting, @WWERomanReigns! #ThankYouRoman

Stay Strong Roman! We will always support and love you no matter what!❤️❤️❤️ #ThankYouRoman pic.twitter.com/VNRBHZdQLY

Thank you Roman for showing us what a real warrior looks like. Sending many prayers to you and your family!! We’ll all be waiting for you to come back home to #RAW —B

We are a unique bunch who give our bodies to each other in an effort to entertain the masses. When something happens to one of us, it affects the entire community. Sending prayers to #RomanReigns, his family, and friends. 🙏🏼

​Some shared their personal stories of the battle with leukemia.

Roman Reigns, today we found out our son Joe is still in remission from Leukemia, but we’re reminded that others are just starting their journey. Joe wants you to know you aren’t alone. Please look into the CART-Cell therapy at UPENN. See @joesvillage
#ThankYouRoman pic.twitter.com/vzaFWVBuUy