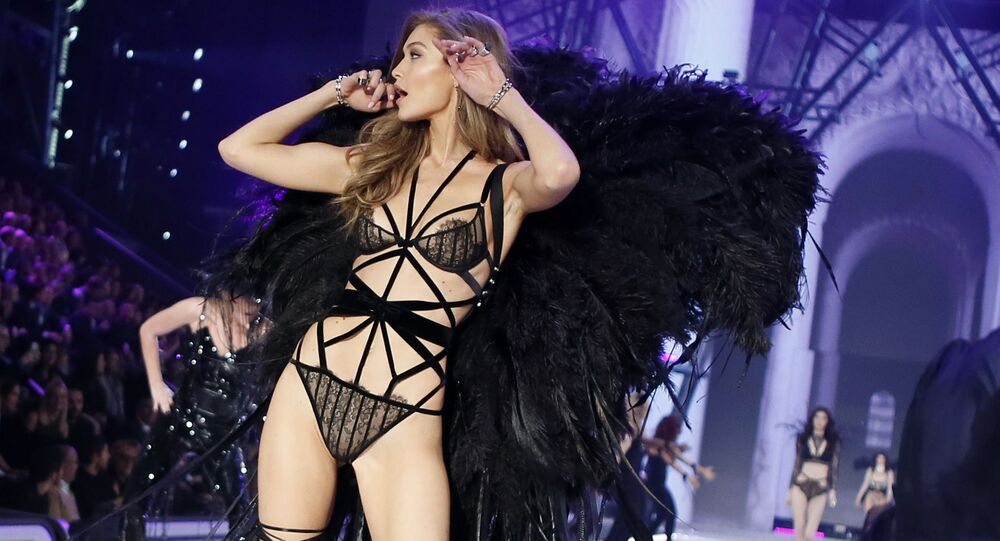 Some of the catwalk models for the glitter-heavy extravaganza have now been confirmed. An American shoes designer Brian Atwood, who's responsible for the models' shoes this year, posted images of two models on his Instagram page, confirming their participation in VSFS 2018.

American shoes designer Brian Atwood, who's responsible for the models' shoes this year, posted images of two models on his Instagram page, confirming their participation in VSFS 2018.

Hadid, who was reportedly involved in a racism row last year, skipped the 2017 show that took place in Shanghai. She allegedly had to pull out last minute after her Chinese visa was denied, after claims she mocked Asian people.

A video showing Hadid holding a statue of Buddha to her face and squinting appeared online.

Hadid then tweeted she won't be able to walk for Victoria's Secret in Shanghai.

I'm so bummed I won't be able to make it to China this year. Love my VS family, and will be with all my girls in spirit!! Can't wait to tune in with everyone to see the beautiful show I know it will be, and already can't wait for next year!:) x

Controversy is not a new domain to the American model of Palestinian-Dutch descent. In May 218, she was criticized for a Vogue Italia magazine cover where she was accused of being photoshopped to appear 'more black.'

In 2016, Hadid co-hosted the American Music Awards and made an impression of the then US First Lady to be Melania Trump, imitating her Easter European accent.

Hadid had since then apologized for the incident.

However, social media users responding to the announcement of Hadid and Jenner walking for VSFS 2018 were not very apologetic.

Can’t wait to see this beauty @kendalljenner strutting in my shoes for the @victoriassecret fashion show… less than a month away!!!! #fashion #angel #victoriasecretfashionshow #victoriassecret #sexy #brianatwood #glamour #sickshoes #nyc

"Honey it's all about rating and exposure, there so many models last year that maybe u think would be capable than kendall, but sadly last year was the worst rating that vs ever had, so what do u think?" a user said, commenting on Atwood's Instagram post on Kendal Jenner.

"Nooo, we are going to watch it, and mock on how unsexy she is," another user said.

Rumors have of Hadid and Jenner getting picked by the fashion show organizers due to their popularity on social media have surfaced since their first time on the VS catwalk.

Other users online however expressed joy at the announcement.

"Omg I'm so excited to see!!!" and "Good for you Kendall, you're beautiful inside and out" were among comments posted on Instagram.

Who is This? Online Frenzy Over Gigi Hadid's 'Black Face' for Vogue Italia