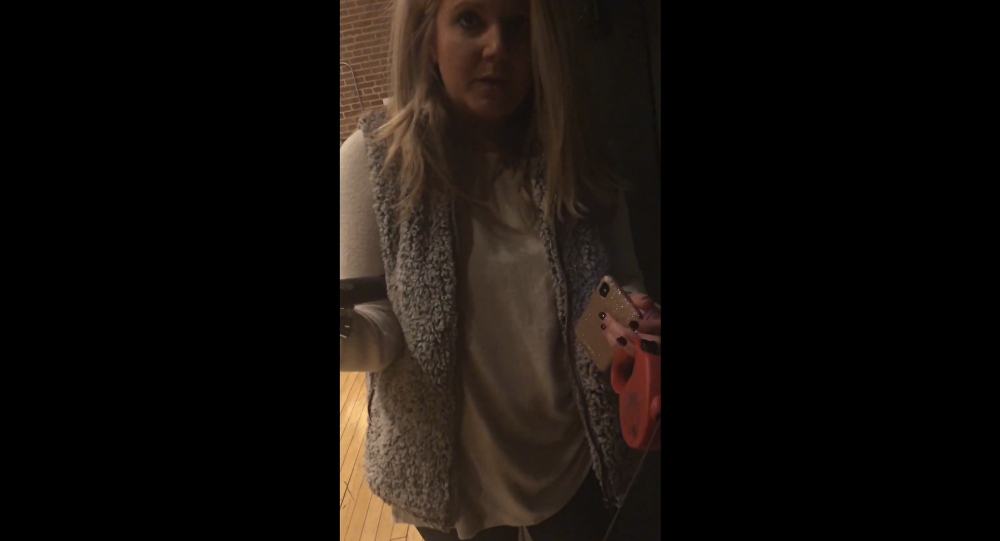 WATCH: ‘Insecure' Woman Tries to Block Black Neighbor From Entering His Own Home

St. Louis, Missouri, resident D'Arreion Toles was just trying to get home and relax after pulling a late night at the office on Friday when a neighbor of his decided to become a human roadblock, preventing him from entering his apartment complex.

Toles uploaded three video recordings of the encounter on Facebook, noting in the post's caption that the unidentified woman was "insecure" and that she opted to act out "because she [doesn't] feel that I belong." Toles is black, and the woman was white.

Video shows Toles repeatedly asking the woman to move aside from the apartment complex's doorway before she begins asking him a series of questions. After Toles manages to squeeze past her, she continues to harass him, going as far as following him to his home and then calling the cops.

The first video uploaded by Toles of the initial altercation shows the pair going back and forth, with the woman demanding that Toles tell her which apartment unit is his residence and show his key fob. 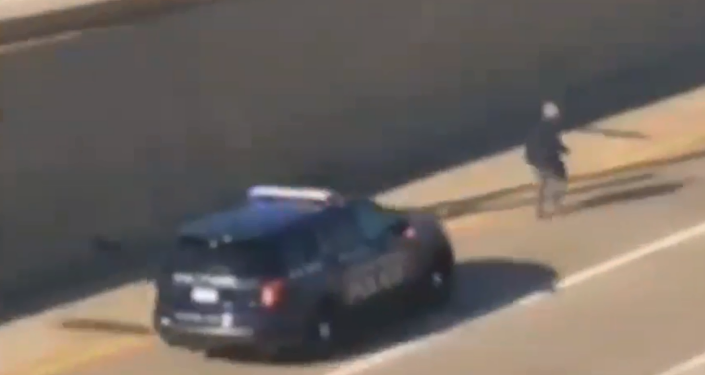 No longer wanting to entertain the woman's antics, Toles brushes past her and makes his way toward the elevators. Unfortunately for him, the tenant opts to follow him.

"Are you kidding me? Where are you going?" she says as Toles waits for the elevator to arrive. "I'm not being rude. I'm not being disrespectful. You walked into a building that I was taking my dog out and [you] pushed your way in."

The interrogation continues once the pair and the woman's dog enter the elevator. At one point in the encounter, the woman explains that she wants to follow Toles to find out who he is visiting, adding that if he does live in the building, she wants to get to know him.

"If you do [live here], I would like to meet you because you're a neighbor," the woman tells Toles, who then stresses he has no interest.

The third and final video of the incident shows Toles entering his home as the woman states for "the record" that she just wants to introduce herself. "No, have a good night ma'am. Don't ever do that again. You look pretty stupid on video. Have a nice night," Toles responded.

According to Toles, 30 minutes after he entered his home, St. Louis police arrived on his doorstep after his neighbor phoned them. They eventually left and issued no citations.

However, a few days after Toles' videos went live, his nosy neighbor was out of a job after her employer, Tribeca Luxury Apartments, caught wind of her behavior.

"The Tribeca-STL family is a minority-owned company that consists of employees and residents from many racial backgrounds," the company said in a statement released on Sunday. "We are proud of this fact and do not and never will stand for racism or racial profiling at our company."

"After a review of the matter, the employee has been terminated and is no longer with our company," it added.

Toles told local Missouri news station KMOV4 that he wished his neighbor "the best" and "would still have a conversation with her."

"I am not mad at her. I am not upset with her. I am not going to go after her legally or anything like that," he told the outlet. The unidentified neighbor has not yet spoken out about the matter.