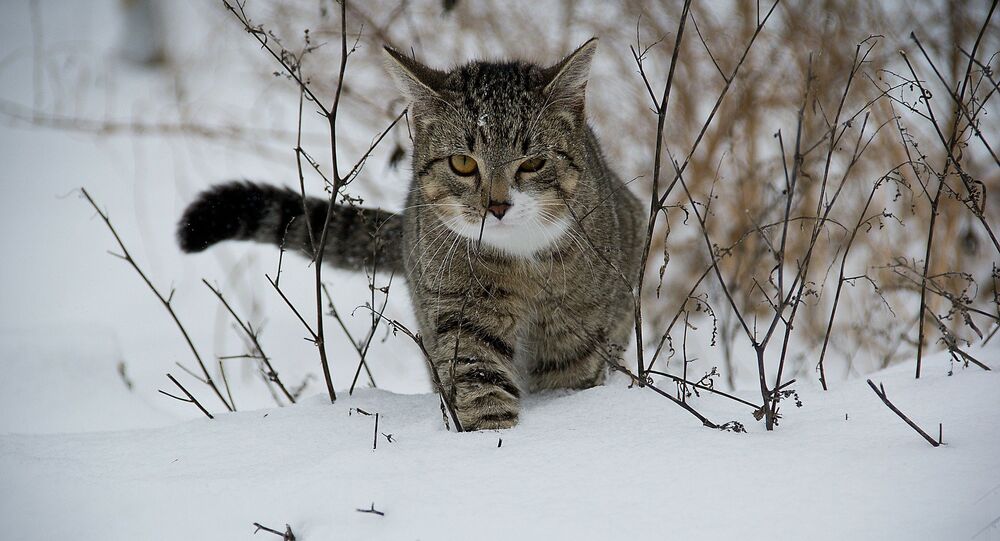 Cat That Walked by Himself: Finland Sees Steep Growth in Feral Felines

Homeless cats are becoming a problem in Finland, where roughly 20,000 felines are abandoned by their owners each year.

The Finnish Animal Protection Association (SEY) is sounding the alarm about cats getting dumped by their owners. According to the association, the situation has turned into a "cat crisis," as thousands of tame animals get thrown out into the wild each year.

Finland's cat population increases each year, as cats are allowed to freely roam outdoors, even though they have not been spayed and neutered. Additionally, about 20,000 cats are effectively abandoned each year.

"The core of the problem with cats is that they are not highly-valued. It's easy to get a cat for free. If a kitty runs away, it's easy to get a new pet in its place," SEY CEO Kati Pulli said in a press release.

According to SEY, abandoned cats face a grim fate. Some of them perish in winter of hunger and cold. Roughly 10,000 cats get captured and handed over to "cat houses." Merely one-tenth end up being collected by their former owners. Many homeless cats get culled each year, because they have grown feral or sick, or simply because of lack of space, SEY informed.

"Cats grown feral are notoriously difficult to place in new homes, so most of them have to be killed," SEY animal welfare adviser Mira Ekholm-Martikainen said in the press release.

SEY stressed the importance of spaying and neutering to combat the problem. In areas where cats are systematically sterilized and labeled, there are fewer homeless and feral cats.