Last year, the fast food network was already at the epicenter of a scandal over its failure to keep an ice cream machine clean after an employee posted pictures of mold and slime found inside it.

Millions of people visit fast food restaurants every day despite knowing that the food there might not be the healthiest, due to it being highly caloric and rich in salt. However, few expect that it could be dangerous in an even grosser way.

A visitor at a McDonald's restaurant in Cambridge, England took a disgusting picture of dozens of maggots inside the tube of a ketchup dispenser and uploaded it to YouTube.

It's unclear how the tube became infested, but last year a similar scandal broke out involving the same fast food chain. A worker at a McDonald's in Louisiana posted to Twitter pictures of an ice cream machine tray full of mold and slime that he was supposed to clean. 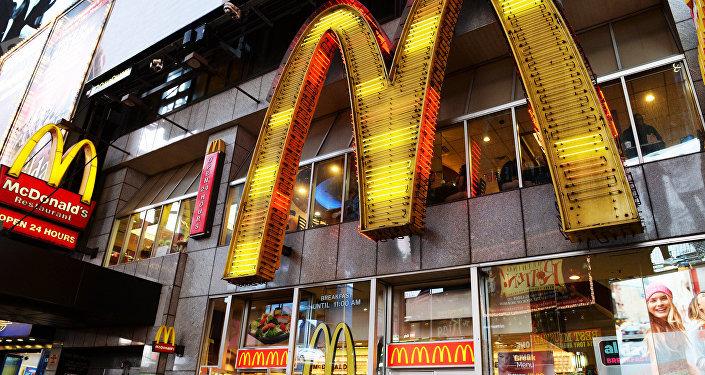 In the comments, several other McDonald's employees from other restaurants confirmed that due to the complicated cleaning processes, the machines often remain uncleaned for long periods of time. The tweet spurred outrage on social media and resulted in the employee who posted it being fired.