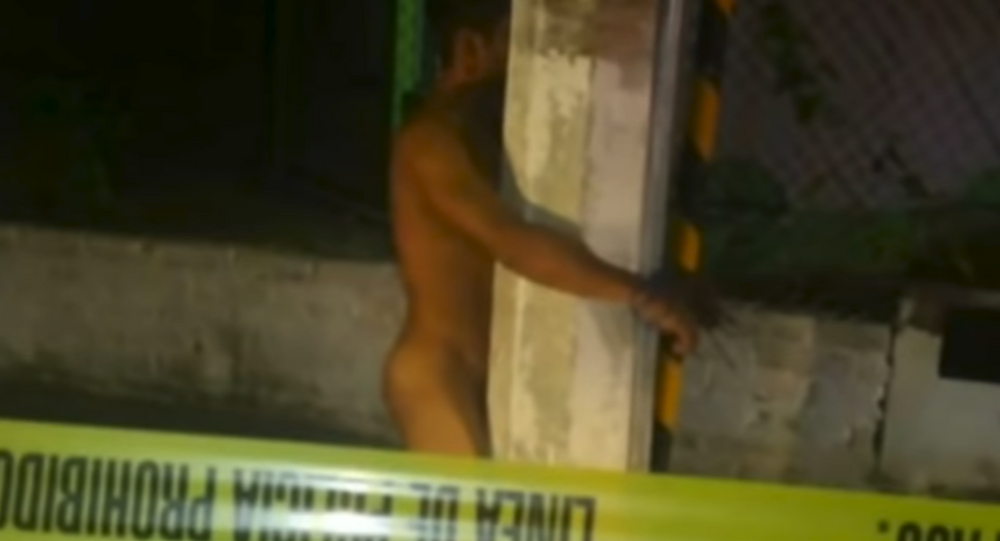 Police in Puerto Vallarta, Mexico, received a shocking surprise last week after they discovered that several men had been beaten and tied to various lamp posts throughout the popular resort town on the same night.

© REUTERS / Reuters TV
Use of Mobile Morgue in Mexico Leads to Dismissal of Forensic Official (PHOTOS)
According to Mexican news outlet Imagen Noticias, the victims were found with the letter "R" shaved into the back of their heads. The six men that were found in such a state on Thursday were in addition to four others that officials found earlier in the week. The men were between the ages of 18 and 47, Vallarta Independiente reported.

Photos shared on social media of the men show them severely beaten, with one having been battered so hard that he was left with huge bruises on his buttocks.

Warning: Images may be disturbing for some viewers.

​Though the men have since been released from their restraints, they have refused to disclose who was responsible for the beatings, if they know. Local media outlets have reported that those who spoke about the incident at all revealed that they were simply taken from their homes.

It is suspected that the "R" shaved into the victims' heads stands for "rata," which is a term often used to describe thieves or snitches.

Though an investigation is still ongoing, authorities have also indicated that the incidents could be related to gang activity in the Jalisco state. The western Mexican state is home to the Jalisco New Generation Cartel, one of the most violent drug gangs in Mexico.