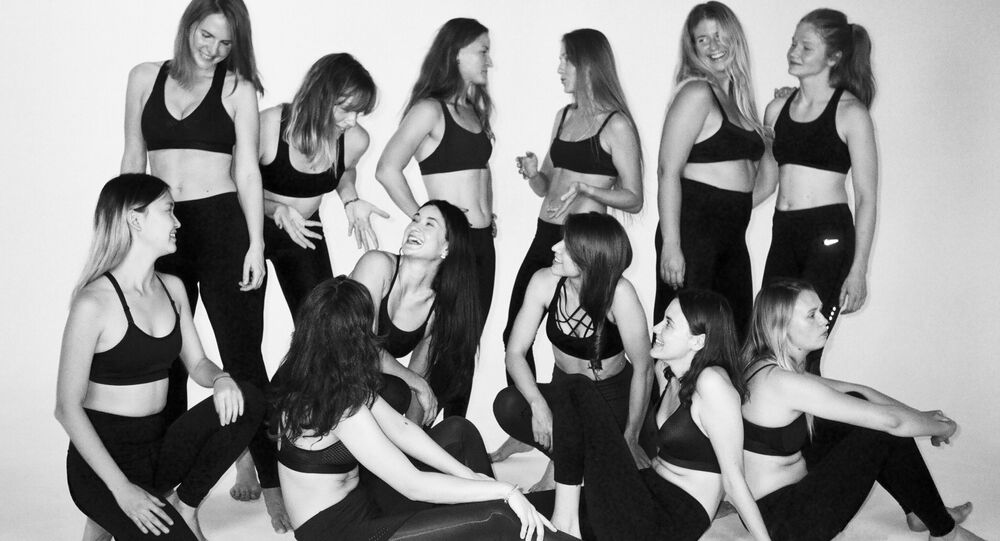 A Reebok Russia ad featuring a new sports bra has come under fire from campaigners determined to break beauty and body shape stereotypes hyped up by lack of diverse female representation.

Crossfit and healthy lifestyle coach Anastasia Chigarinova was put off by advertisements for the PureMove Bra by Reebok in Russia, which featured a series of similarly-built women, modelling it.

In contrast to the company's ad campaign launched in the US, UK, Canada, France and other countries that showed regular women, as well as celebrities, of different body types and athletic build, Reebok Russia launched a different campaign.

Fierce, bold & incredibly supportive. #SquadGoals #BraGoals The new PureMove Bra. Hit the link in bio to get yours. #BeMoreHuman

The right coverage. The right fit. The right response. | The new #PureMoveBra provides the support you need to move freely without distractions. Tap to shop. #BeMoreHuman

The move by Reebok Russia goes against the company philosophy behind the PureMove Bra campaign, which stresses the importance different sizes for different women.

"There's no standard size-and we get that. Which is why we're offering 10 unique in-between sizes, so you can track down your perfect fit," the official Reebok campaign said.

Reebok's approach is part of a global trend, which saw brands switching from celebrity-centered campaigns to including diverse shapes and everyday women promoting everything from lingerie to sportswear.

Absence of regular women in the Reebook Russia campaign raised eyebrows and prompted coach and activist Anastasia Chigarinova to launch a social protest under the hashtag #reebokнормальногочеловека ('ReebokforARegularPerson' in Russian).

Together with a group of women who responded to her appeal, Chigarinova took part in a photoshoot featuring participants with various professional and athletic backgrounds, in hopes that it will help highlight the issue of unhealthy and narrow standards of beauty.

"If the way we feel about our body affects our mood and our well-being, then sportswear commercials should encourage healthy exercising as opposed to the need of being a certain size," Evgenia, a lawyer who took part in the photoshoot, said.

In a world inundated by ads that make women feel less than, a prominent number of businesses more often choose to promote a positive body image, including Nike, Dove, JCPenney and Reebok.

For one of the photoshoot participants, the campaign, however, was not about "body positivity".

Another activist expressed hope that the corporate tradition of encouraging healthy lifestyle and diversity will make its way and becomes more widespread in Russia.

"Different brands feature models in their ads, without realize the significance of the impact on people and especially teenagers. Sports are about health, loving yourself, psychical strength and willpower. Growing up all we would see in Russian and abroad were commercials with only models. This affected me a lot. Modern society has long been encouraging healthy lifestyle and diversity, not beauty stereotypes. I'd like to see it happen here as well," Ekaterina Preobrazhenskaya, a 31-year-old running coach and mother of two, said.

In her social protest, Ms. Chigarinova hoped that her campaign will make a difference and help tackle the perpetuated and outdated notion that "thin equals athletic, healthy and beautiful."