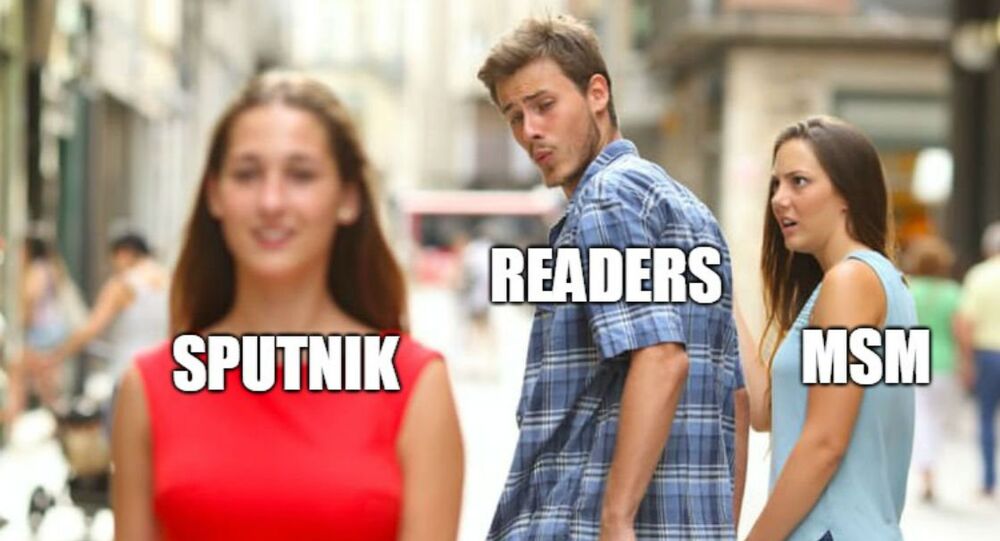 Sweden’s advertising ombudsman has ruled that the Distracted Boyfriend meme is sexist, urging advertisers to avoid using the image, as it reflects sexist stereotypes.

We've all seen the image at one point: a young man walking with his girlfriend turns his head dramatically, eyeing another woman walking toward the viewer. His gaze one of extreme interest; his girlfriend's one of disgust and horror. The ubiquitous 2017 "Meme of the Year" remains popular for its versatility in showing how one person or group eschews one thing it's expected to be interested in for something else a little more scandalous.

Here's a meta illustration of the concept:

​And here's another option to show its use as social commentary:

​The ombudsman, which has no legally binding authority, weighed in on a version of the meme used by internet services provider Bahnhof to advertise job openings. The ad, which appeared on Facebook, labelled the boyfriend "you," the girlfriend "your current workplace" and the second women "Bahnhof."

"The advertisement objectifies women," said the ombudsman on Wednesday, The Guardian reported. "It presents women as interchangeable items and suggests only their appearance is interesting… It also shows degrading stereotypical gender roles of both men and women and gives the impression men can change female partners as they change jobs."

Further, the ad presents the women as workplaces, but the man as an individual — and the second woman as nothing but a "sex object… unrelated to the advertisement, which is for recruiting salespeople, operating engineers and a web designer," the ombudsman argued.

Bahnhof, however, doesn't seem fazed by the decision.

Chief executive Jon Carlung said the decision was an overreaction, the New York Times reported, noting that the head of the company's communications division, who shared the image, happens to be a woman.

"We will fight fiercely to use memes in any way we feel," Carlung said following the ruling. "We will not be subject to censorship in any sense."

"People will be annoyed by anything," he added.

If anything, provoking the outrage was probably beneficial to Bahnhof's ad campaign. "This ad now has probably been the most published Swedish job ad ever," Carlung said. "That was not our plan, and now we have got a lot of attention."

"If we are to be punished," a Bahnhof statement said, "it's because of using an old and tired meme."

The Times noted that other countries, such as Britain, have banned advertising images that promote gender stereotypes. The UK's ban went into effect last year, with Britain's Advertising Standards Authority saying they "restrict the choices, aspiration and opportunities" of people who viewed the ads, the NYT said.

"We have seen across Europe, in terms of consumer advertising, that these messages are not OK," said Cathrine Jansson-Boyd, a consumer psychologist at the UK's Anglia Ruskin University. "We're more aware what is correct and what isn't. The idea that you can swap a woman just like a job isn't acceptable."

'How Do You Like It, Elon Musk?' – Russian Meme Growing International, Explained