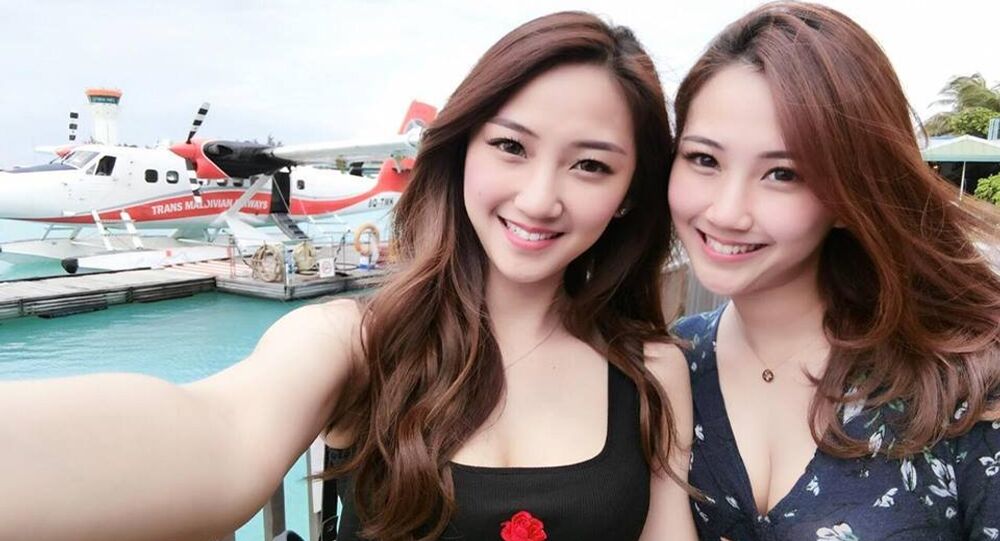 Despite pilot Ahmad Shah’s persistent efforts, the famed Malaysian models he tried to establish contact with on Facebook chose not to respond to his invitations to meet him in person in the Malaysian capital.

Curious messages have come to light that reveal the pilot of the missing Malayisia Airlines flight MH370 was obsessed with two young models prior to the tragic flight, The Sun reported.

Married 53-year-old Zaharie Ahmad Shah, who was pilot-in-command when the notorious Boeing 777 vanished from radar screens in 2014 with 238 passengers and crew on board, appeared to have sent dozens of flirty messages to two 26-year-old ladies, twin sisters, inviting them several times to come and visit him at his place in Kuala Lumpur.

Throughout 2013, and in the several months before MH370’s disappearance, the pilot sent 97 suggestive Facebook messages to the twins, Lan Qi Hui and Qi Min Lan, who are popular up-and-coming models in Malaysia, boasting over 122,000 followers combined on the social networks. He also posted a number of saucy comments below the girls’ pictures, like “Just shower?” referring to a snap of Qi Min Lan in a bath robe, however his comments and direct messages reportedly remained unanswered.

In a sensational recent statement, Shah’s sister, Sakinab Shah, has claimed his voice was slurred in the final messages he sent from the plane. Addressing the claims, Simon Grunson, an aviation expert and a good friend of Sakinab Shah’s, noted this shows that Zaharie Shah was suffering from hypoxia, provoked by a lack of oxygen provided to the brain, which makes it “increasingly likely that MH370 suffered a gradual decompression rather than a sudden decompression, or rather that it failed to properly pressurize in the climb.”

Malaysia authorities previously thought the last words heard from the plane and uttered either by the pilot or co-pilot were "Good night Malaysian three seven zero."

Flight MH370 was carrying 239 passengers and crew and was en route from Kuala Lumpur in Malaysia to Beijing on March 8, 2014 when it suddenly went missing as it presumably reached Phuket Island in the Strait of Malacca. The disappearance prompted a sweeping search operation back then conducted jointly by Australian, Malaysian and Chinese investigators but with little headway, with the four-year quest ending in no clues whatsoever to the jet’s whereabouts.