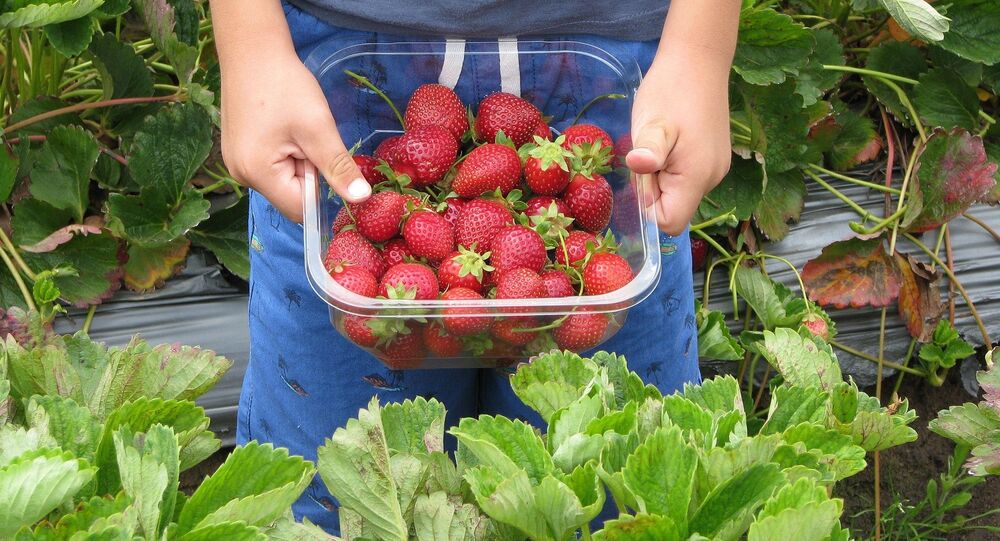 Supermarket chains like Coles and Aldi are pulling strawberries from their shelves across Australia as residents keep discovering sewing needles hidden in their store-bought strawberries.

According to reports, at least 11 people across six Australian states have spotted concealed needles in their strawberries. Queensland residents were the first to report the needle-contaminated fruits.

"This is a very vicious crime, and it's a general attack on the public," he said, BBC reported Monday.

So far, six brands have been contaminated by needles, including Berry Obsession, Berry Licious, Love Berry, Donnybrook Berries, Delightful Strawberries and Oasis, BBC reported Monday. Several people have been hospitalized over the past month after eating needle-contaminated strawberries.

Neil Handasyde, president of the Strawberry Growers Association of Western Australia, told ABC News that growers have been receiving requests from retailers and insurance companies to scan fruit for any contamination. He says he spent $15,000 for a metal detector for his farm following the scare.

"As an industry, we are sure that [the needles] are not coming from the farm, but we're trying to get confidence into consumers that when they buy… strawberries, that there isn't going to be anything other than strawberries in there, and they're safe to eat," he told ABC.

Youtube / Sputnik
Move Over, Fruit Ninja! How to Smash 123 Coconuts in a Minute

"[We] are looking at lots of different ways of tackling this issue. There's been metal detectors purchased and tamper-proof packaging looked at."

According to Adrian Schultz, the vice-president of the Queensland Strawberry Growers Association, what started as one act of "commercial terrorism" has crumbled a multimillion-dollar industry.

"I'm angry for all the associated people — it's the farmers, the people who supply them, the packaging people, the truckies [truck drivers] — with families to support, who suddenly lose their jobs… it's far-reaching," he told ABC Radio Monday.

Queensland police, who are leading the investigation, are still unsure whether the strawberry sabotage is being carried out by several people acting separately or just one person.

"There is a range of really complex scenarios which could play out here, and we're looking at all of them, and that's what's taking the time," Queensland Police Commissioner Ian Stewart told The Guardian Monday.

The state government of Queensland is currently offering close to $72,000 for any information that could lead to the person or group of people responsible for the sabotage.

According to The Telegraph, a 62-year-old woman was recently caught putting a needle into a banana in Mackay, a town in Queensland. However, it is believed that the woman had mental health issues and that the incident was an isolated one and not related to the strawberry sabotage.