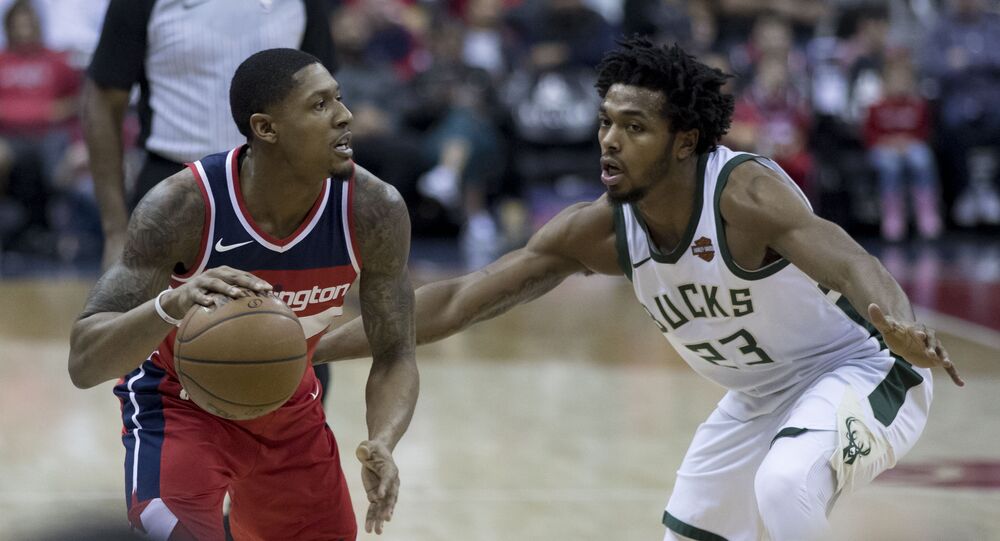 A police officer in Milwaukee, Wisconsin, was dismissed from his duties this week over what investigators called “racist” and “derogatory” social media posts he made regarding the arrest of and use of a stun gun on Milwaukee Bucks shooting guard Sterling Brown. The officer was involved in Brown’s arrest.

The officer, Erik Andrade, mocked Brown's arrest on Facebook: "Nice meeting Sterling Brown of the Milwaukee Bucks at work this morning! Lol #FearTheDeer," the cop wrote, referring to a motto Bucks fans chant at NBA games. He has also posted a racist meme about Kevin Durant, a star NBA forward for the Golden State Warriors.

Brown filed a lawsuit against the Milwaukee Police Department in June for excessive force and targeting him because he is black.

Brown was sitting in a Walgreens parking lot when officers surrounded him and applied a stun gun against him, claiming that he didn't remove his hands from his pockets fast enough, the Chicago Sun Times noted. Body cameras worn by cops showed a man who was waiting for a parking citation, demonstrating no signs he was threatening or planning to threaten police officers.

Brown was never charged with any violations after his arrest, the Times reported.

Speaking at Marquette University Thursday, Milwaukee Police Chief Alfonso Morales said the officer's dismissal was unrelated to the violent arrest of Brown, but only to his subsequent social media posts. Those posts, Morales said, degraded the officer's ability to testify in other cases, the Chicago Sun Times reported Thursday.

"They have a racist connotation and are derogatory, mocking an individual who was recently the subject of officers' use of force. Such comments also directly affect his credibility and ability to testify in future hearings as a member of this department. I have not, and will not, tolerate such behavior," the police chief said.

The fired officer did not use his stun gun on the athlete, but he was one of the 11 officers on the scene when the incident occurred.

Brown, who is entering his second year with the Bucks, has spoken out about the way he was treated, saying that he wants to be a voice for those who are voiceless. Brown was a basketball star when he played at Proviso East High School in Maywood, Illinois, before attending Southern Methodist University. The Philadelphia 76ers selected him with the 46th pick in the 2017 NBA draft before trading him to the Bucks. Brown is also the younger brother of Shannon Brown, a fellow shooting guard who played at Michigan State in the early 2000s before winning two NBA Championships with the Los Angeles Lakers in 2009 and 2010.

"I get mad every time I watch it, because I was defenseless pretty much, and they still did what they did," Brown told ABC7 in a May interview in Chicago. "The video shows what really happened. It's a bodycam. It's close — you can hear me screaming and what not."

Score or Strip NBA Style: Baller and His Girl Heat Things Up on the Court

Ready for the NBA: Charming Parrots Play Basketball in Venezuela