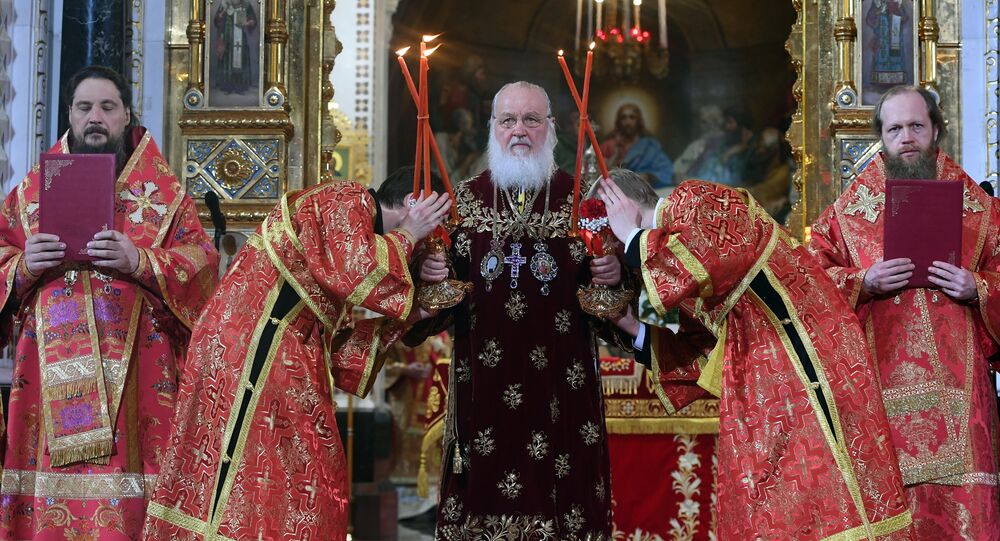 MOSCOW (Sputnik) - Patriarch Kirill of Moscow and All Russia will cease commemoration of Ecumenical Patriarch Bartholomew of Constantinople, but full communion between the churches will not be suspended, the Holy Synod of the Russian Orthodox Church decided on Friday.

The Synod has also called on the heads of other Local Churches to initiate an all-Orthodox discussion of the church situation in Ukraine, the Synod said in a statement Friday.

"Realizing that what is happening poses danger to the entire world Orthodoxy, we are asking, at this difficult moment, local autocephalous churches for support, we call upon the primates of churches to understand the common responsibility for the fate of world Orthodoxy and initiate a fraternal all-Orthodox discussion of the church situation in Ukraine," the Synod said.

There are 15 Orthodox Churches in the world, the Russian one is the largest.